While silver prices made moderate gains on the day, uncertainty about the global economy continues to erode investors risk appetite. Some analysts have even called into question silver’s role as ‘poor man’s gold’ as a hedge against inflation. 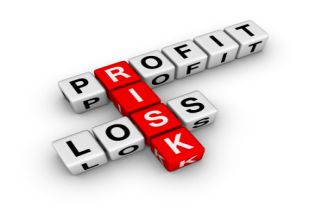 Silver prices have been experiencing high volatility over the past two weeks. On the day, spot silver made a modest gain up to $31.93 per ounce, a gain of 4.65 percent. Trading down from a range of $40 per ounce in mid-September, prices were as low as $26.69 per ounce yesterday. The price moved well below the support levels that most analysts had predicted. Many factors behind the recent volatility are to be considered. Namely, ongoing a stronger US dollar helped by Eurozone debt concerns, as well as a silver margins being raised yet again by the CME group. Investors have been pulling money off of the table in almost all markets, as it seems their risk appetite has simply evaporated.

Eurozone concerns and the US Dollar

The ongoing concerns about the state of the European economy have help support the US dollar over the past few weeks. However, the dollar was weighed down against the euro after the ECB stated that interest rates would remain low, and the Bank of England said it planned to resume bond purchases.

This may explain, in part, the modest rally of silver and gold prices on the day, as the weaker dollar is usually a supportive factor for the two metals.

“Over the long run, the crisis in Europe is clearly very bullish for gold and silver because the only way out of the current situation is additional stimulus from central banks. Additional stimulus will put further downward pressure on all the major currencies,” stated Scott Gardner, chief investment officer at Verdmont Capital.

Going forward the announcements are a positive for precious metals. The low interest rates and bond purchases will increase Europe’s money supply, heightening the risk of inflation.

The CME group raised margin requirements on September 23  after the volatile trading sessions in late last month. However, in a departure from previous hikes, it is the first time they have been raised this year after a volatile drop in prices.

CME spokesman Chris Grams stated, “We frequently adjust margins across all our products based on volatility, not prices.” The past margin rate hikes have been accompanied by drops in price, this time only making the losses more severe.

Going forward many analysts are mixed on the future direction of silver prices. After a major correction, the $28.16 per ounce spot price reached on September 26 may mark the key psychological support level.

“Silver bulls’ next upside price objective is producing a close above strong technical resistance at last week’s high of $33.585 an ounce. The next downside price breakout objective for the bears is closing prices below solid technical support at the September low of $26.15,” stated Jim Wycoff, for Kitco.

Some are even questioning whether silver’s place as ‘poor man’s gold’ over the past few years is gone.

“After silver’s dramatic decline in May and again in September, investors won’t likely see the metal as a viable hedge against market and systemic risk,” stated Bart Melek, head of commodity strategy at TD Securities. He added that TDS projects silver to average $36.11 per ounce in 2011, and $39 in 2012.

Investors should pay close attention to the movements of the dollar index in light of ongoing concerns with the Eurozone debt. While investors seeking silver as hedge against inflation may be waning, the currency play is still strong in the silver market as seen with today’s price gain against a slightly weaker dollar.