The biggest story in the silver market is not the price gains, but rather a condition of backwardation in the silver futures market. Ted Butler discusses the significance along with silver price manipulation. 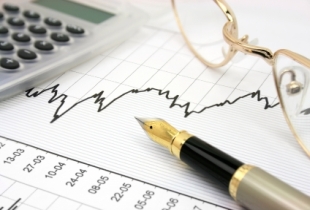 February has been good to precious metals prices, especially in the past week. Monday, the price of gold broke over $1400 an ounce for the first time since the start of 2011. Silver prices in New York briefly crossed the $34 an ounce range, a new 30-year high.

Silver is benefitting from both safe-haven buying of precious metals on insecurities out of the Middle East as well as on expectations for renewed industrial demand. The price of silver continues to outperform gold and the gold to silver ratio has fallen to its lowest level in 27 years. [Correction: The gold to silver ratio is hovering around 41:1. In 1998, the ratio fell as low as 39:1, similar to 1984 levels.]

The biggest story in the silver market, however, is not the price gains. Silver blogs and newsletters are awash with talk of a significant and unusual condition of backwardation in the silver futures market. Simply defined, backwardation occurs when buyers in the futures market are willing to pay a premium for near-term delivery, a signal that there is a shortage, or at least the concern of a shortage of physical supplies.

“Backwardation strongly suggests that the physical bullion market is very tight with continuing robust demand and limited supply,” said GoldCore’s Mark O’Byrne. “It also suggests that silver users and investors are willing to pay a premium in order to secure the physical metal.”

I attended the Phoenix Resource Investment Conference and Silver Summit this past Friday where Ted Butler, of Butler Research LLC, spoke about the significance of such a condition occurring in a precious metal market, an event which he sees as more impressive and historic than the recent notable price rise. Backwardation, said Butler, is not as rare an event in the copper, zinc or lead markets, but is usually considered nearly impossible in precious metals, especially gold. Here is one more area where silver’s industrial uses set it a part from its yellow cousin.

Butler went so far as to suggest the backwardation in the silver market is another indication that the price of silver remains “grossly undervalued” despite the recent rally. “There is less silver in the world on a per capita basis, than in history, yet the price still reflects super abundance,” argued Butler.

Those familiar with Butler’s work know that he believes silver’s low price relative to demand/supply fundamentals is a direct result of market manipulation and short selling by large institutions such as JP Morgan over the last quarter of a century.

In his presentation at the Phoenix Resource Investment Conference, Butler shared his “Eureka Moment,” which occurred one day while reading the Wall Street Journal Commodity Tables when he realized the COMEX market was rampant with excessive short selling. “The light bulb went off in my head when I realized that COMEX open interest, when converted into real world supplies was completely out of line with every other commodity. This meant that the derivatives market in silver was larger than the underlying host market from which it was derived. A complete absurdity. The paper market tail was wagging the physical market dog. This is something that has remained constant in the subsequent 25 years of manipulation.”

Butler says that this is finally beginning to happen and the silver market is in a transitioning period, which was sparked by the introduction of physical silver-backed ETFs such as the popular iShares Silver Trust (NYSE:SLV). In fact, Butler says he consults the SLV over the COMEX to determine the current silver price.

Exploding investment demand for silver ETFs have taken a lot of physical silver off the market, greatly contributing to silver’s impressive price gains this past year. “As the true dual role material, silver stands alone. In its industrial consumption role, silver demand has been so strong for the past 60 years, that it has depleted inventories that took hundreds of years to accumulate,” said Butler. “Now that industrial demand has been interrupted by current bleak economic circumstances, investment demand is stepping in to take up the slack.”

Signs of increasing investment demand are also apparent in the retail investment sector in the form of rising premiums and delivery delays as well as news that the US Mint is doubling its production capacity of Silver Eagles, for the first time in the 23-year history of the program, in order to keep up with demand, Butler points out.

Butler believes the manipulation in silver is coming to an end, as evidenced by the recent CFTC investigations, and the rising demand is bound to eclipse supply–leading to a price explosion; those holding silver will be left the ultimate winners. “Quite simply, we are rapidly approaching that defining moment when there just won’t be enough physical material to go around at anything but rapidly escalating prices. Those escalating prices will encourage and drive others, including industrial consumers, to enter what should become a buying frenzy. Superimpose upon that the sudden destruction of a decades-old downward price manipulation and you have all the necessary ingredients for price event that will be referred to forever.”

Most analysts have adopted a bullish position on silver over the medium- to long-term with forecasts of $50 an ounce silver in the near future.

Of course, the silver market, much like the gold market, is not devoid of bearish warnings of a bubble waiting to burst and some are predicting a pull back to the low $20 range in 2011. Chris Eibl, founding partner of Tiberius Asset Management, sees a bubble forming in the silver market that will continue to grow on the back of strong investment demand, which accounts for nearly one-third of annual consumption.

If macro-market forces turn the tide on precious metal investment demand causing ETF positions to unwind, we could see a massive decline in silver prices at a rate much faster than that in gold; as is often the case.

Despite the potential for impressive ROI in the silver market, it’s foolish to ignore the inherently volatile nature of one of the riskiest asset classes. While Butler would argue that silver’s volatility is a symptom of market manipulation, it is still a reality that must be factored into one’s investment decisions.

However, silver investors can take some assurance from the expectation of rising industrial demand—although I hesitate to say this demand will be enough to soften the blow if safe-haven demand does dramatically decrease.

The continued strength of the silver price going forward depends greatly upon continued safe-haven investment demand for precious metals; so watch the gold price and the factors contributing to its price rally including the ongoing debt crisis and instability in the euro zone, the political climate in the US and in the Middle East.

An improving global economic outlook and increased industrial demand (especially in electronics and electricals markets in BRIC countries and the US) are also important factors, making copper prices just as critical a barometer of health in the silver market as gold prices due to silver’s industrial role.