Some analysts actually expected silver prices to remain bullish this week in anticipation of a weaker dollar. But the greenback flipped the script on the white metal, pushing prices down as low as $17.80 late Wednesday morning. Along with silver prices, one silver miner was breaking investors’ hearts as well: Coeur d’Alene Mines. 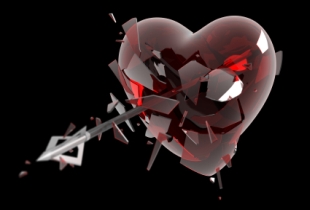 The negative gold-dollar correlation is back. A rallying dollar battered precious metals prices, pushing gold down nearly 1 percent to $1191.50 an ounce, as global stocks tanked over the creeping reality of a faltering economic recovery. The Fed’s not so rosy statements after the FOMC monetary policy meeting Tuesday have sullied the risk appetite of many an investor overnight as they flee stocks and other riskier assets for the perceived safety of the dollar and US Treasury notes.

Some analysts actually expected silver prices to remain bullish this week in anticipation of a weaker dollar. But the greenback flipped the script on the white metal to advance on its largest rally in two months, climbing nearly 2 percent.

News of slowing economies in the UK and China also helped to depress prices for the industrial metal. “All of a sudden, bad news is pouring out from seemingly every corner of the world,” said Keith Bliss, Cuttone & Co senior vice-president. “People are saying, let’s take our long positions off the board and let the rest of the world digest what’s happening here.”

Despite Wednesday’s poor showing, there are still signs investment demand for silver is strong.

Standard Bank announced it is launching silver, gold, platinum and palladium exchange-traded notes on the Johannesburg Stock Exchange. The notes will track the performance of futures contracts in New York, however unlike ETFs they will not be backed by physical metal. “We have seen a lot of interest from South African investors, both retail and institutional, for commodity products,” said Stuart Leslie, director of structured solutions at Standard Bank.

On Monday, Kitco reported that the CFTC’s weekly commitment of traders’ data from Friday showed that “speculative investors increased their long positions in all precious metals futures contracts, but their purchases in silver were the most pronounced.” Commerzbank noted that increased net-longs were at their highest in 5 weeks. Long silver positions increased by 6,364 contracts to net 28,941 contracts in the disaggregated futures and options combined report, with short positions cut by 1,108 contracts. “This means that financial investors have significantly contributed to the rise of the silver price by more than 4% in the reporting week,” said Commerzbank, which expects silver prices to hit $20 an ounce by the end of 2010.

While it may be comforting to see investment interest in the metal, the idea that speculative moves have played a lot into price growth doesn’t say much for the actual fundamentals of the market.

Speculative positions were expected to grow again this upcoming Friday, but that was before Wednesday’s depressing reports, so we’ll see if that forecast still holds true.

But, the fact that gold still managed to close just under the $1200 level at $1199.20 an ounce despite the dollar’s huge rally shows there is still a lot of support for precious metals.

Despite the many trials and tribulations its investors have had to endure over the past few years, analysts like The Motley Fool’s Christopher Barker and Ian Wyatt, the editor of The 100K portfolio, are still sweet on Coeur d’Alene Mines (NYSE:CDE).

“I don’t know how much more of this I can take, but I know I’m going to take more,” declared Barker, Tuesday. “Anyone with an eye on precious metal miners knows the saga by now: 82-year-old senior silver producer [Coeur] was nearly crushed by the combined weight of the 2008 metals correction and a series of setbacks in its aggressive multimine build-out phase.”

Like many of Coeur’s shareholders, Barker was hopeful that the second quarter would bring “significant profitability,” so he was understandably disappointed by the company’s net loss of $50.7 million, “de very impressive operational achievements.”

But like many a dutiful lover, “this Fool intends to stick around for the long haul,” he confides. “Although Coeur d’Alene continues to break my heart, I remain a glutton for near-term punishment, sustained by the promise of long-term momentum in both production and profitability.”

Mineweb’s Dorothy Kosich reports that The 100K portfolio editor, Ian Wyatt, sees “the potential of 40% or more upside” for the silver producer, quoting a recent article by Wyatt: “The six analysts who follow Coeur d’Alene expect the company to grow sales by another 55 percent in 2010 with EPS of $0.37. The company is on pace to deliver a very healthy cash flow (EBITDA) of $100 million this year.”