By Melissa Pistilli-Exclusive to Silver Investing News
Precious metals prices were popping off of holiday lows Monday as traders returned to the markets.
Gold had jumped as high as $1124 an ounce by 9:30am in New York and silver soared to $17.59 by 11am as a weaker dollar made the shiny cousins much more attractive.
If silver […] 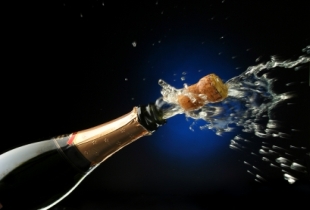 Precious metals prices were popping off of holiday lows Monday as traders returned to the markets.

If silver continues to rally toward the $18 level, we can expect further price increases on industrial demand, says CommodityOnline, as manufacturers “buy on concerns of having to purchase silver at higher prices later.”

Silver is also benefitting from promising Asian manufacturing data and the hope of a strengthening global recovery. The HSBC China Manufacturing Purchasing Managers Index (PMI) climbed 0.4 to 56.1 in December, making it the ninth month in a row that the PMI has been above 50.

“As precious metals, silver benefits from many of the same market drivers as gold,” said analysts at Castlestone Management. “While not typically a major reserve of central banks, investment demand has been increasing for many of the same reasons as for gold. But as a metal with greater industrial usage, it is more highly leveraged to the improving economy.”

According to Angel Commodities, silver will “witness a bullish phase as new avenues of demand open up amid the existing traditional applications of the metal” and prices will “trade in the range of $14.00 – $24.35″ an ounce.

An example of one “new avenue of demand” comes from the electronics industry and the use of silver in photovoltaic applications for solar energy panels, which has the backing of several government programs that encourage development of renewable energy sources.

CPM Group associate director of research Carlos Sanchez has a bullish outlook for silver as well and expects prices “to, perhaps, top $20 later this year.”

Whether global economic growth does pick up in 2010 or economic conditions around the world worsen, silver investors stand to benefit over the long-term.

Besides the COMEX spot market and purchasing physical silver, there are other options for making great silver plays including exchange-traded funds and silver mining stocks. Several silver stocks rose along with spot prices today.