The news that the US Federal Reserve will not taper quantitative easing helped silver prices rise above $23 this week. 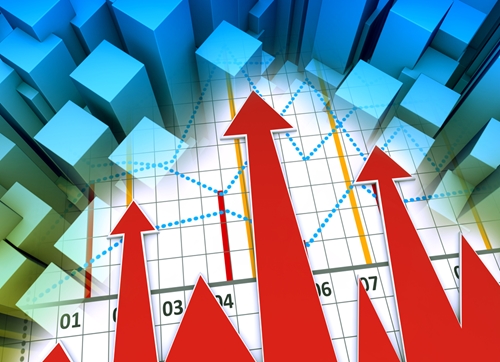 While the beginning of the week saw silver continue last week’s downward slump, the metal’s fortune took a turn for the better after US Federal Reserve meeting results were announced Wednesday afternoon.

On Monday morning, the white metal hit a high for the day of $22.11, not far from Friday’s close of $22.23. However, it declined from there, ending the day at $21.83. Capital Trading Group notes in its report for that day that the precious metal may have gained some support from Larry Summers’ decision not to compete for the position of Fed chairman.

Silver’s drop continued Tuesday as it traded between $21.70 and $22.04, sinking to $21.33 late in the day. By that time, traders were waiting with bated breath to hear the results of the Fed meeting, with the all-around expectation being that the central bank would taper its $85-billion-a-month bond-buying program.

When the results were finally announced on Wednesday, they made a quick end to silver’s sub-$22 price range. While the price of the white metal saw little movement prior to the meeting, it spiked abruptly after it, moving from $21.29 up to $23.16 on the surprising news that the central bank will not reduce quantitative easing.

While the Fed’s decision is positive in the short term, especially for gold, Capital Trading Group points out in its Monday report that “even a no tapering decision will probably carry a looming threat of future tapering by the Fed.” For that reason, the firm believes that until traders reduce their focus on the central bank, “the risk of being long remains significant.”

Alexco Resource (TSX:AXR,NYSEMKT:AXU), owner and operator of Canada’s only operating primary silver mine, on Wednesday revealed the results of the 2013 surface drilling program at its Flame & Moth deposit, located in the Yukon Territory. Highlights include hole K-13-0504 in the Flame Southwest Lightning Zone, which intersected “vein material over 5.56 meters true width from 327.64 meters with a composite assay of 987 gpt [grams per tonne] (28.8 opt [ounces per tonne]) silver, 0.38 gpt gold; including 0.62 meters true width from 330.67 meters with an assay of 2,414 gpt (70.4 opt) silver, 0.55 gpt gold.”

Commenting on the news, Clynt Nauman, president and CEO of Alexco, said, “[t]here is no doubt that the Flame & Moth deposit is one of the best discoveries in the Keno Hill Silver District in the last 50 years. It is a potential game changer for Alexco and will materially influence the way this District is developed in the future.”

Primero Mining (TSX:P,ASX:PPM,NYSE:PPP) provided an exploration progress report on its program at the San Dimas mine, noting that so far one highlight has been intercepting what seems to be a new high-grade vein in the West Block; it includes 19.8 grams per tonne gold and 1,454 grams per tonne silver over 1 meter.

The company’s press release also states that first production from its Cerro del Gallo project will be delayed by about six months as a result of lower gold prices, “recently proposed tax legislation in Mexico” and a “slight delay in finalizing land acquisition agreements.”

San Marco Resources (TSXV:SMN) announced Tuesday that it has begun drilling at its La Buena gold-silver-base metals project in Mexico. The program will target the Julia zone, which “hosts a large scale, geophysical target, elevated rock geochemistry and prospective geology,” according to the company’s press release.

Peter Leger, president and CEO of Teras, commented, “[w]e are very pleased with the excellent drill progress and core recoveries National Drilling has achieved thus far on our current drill program. Our technical team has been very pleased with the visual appearance and intense alteration and veining of the core recovered from a known high grade gold zone intersected by previous Teras drilling.”

The next day, Kootenay Silver (TSXV:KTN) resumed drilling at its flagship Promontorio silver project in Mexico, noting that “[t]wo drill rigs have been deployed and are currently operating at the site.” The drilling is part of the company’s 2013 drill and resource expansion program at the project; at least 5,000 meters will be completed in the current phase.

Thursday, Paramount Gold and Silver (TSX:PZG,NYSEMKT:PZG) reported “promising” results from two preliminary drill holes targeting the new San Isidro structural system at its Mexico-based San Miguel project. The two shallow core holes “drilled to confirm the orientation of the structure and test for mineralization” intersected “several veins containing excellent precious metal values including gold grades up to 2.8 g/T and silver up to 214 g/T,” as per the company’s news release.