The silver market is experiencing strong downward pressure along with most of the commodity markets as traders struggle to find anything positive coming out of the bleak macro economic outlook in the United States and Europe. 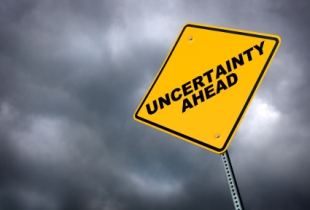 Prices for precious metals, particularly silver, remain in a schizophrenic state of volatility this week as uncertainty over the prospects for another worldwide recession continues to underline market sentiment.

The silver market is experiencing strong downward pressure along with most of the commodity markets as traders struggle to find anything positive coming out of the bleak macro economic outlook in the United States and Europe.

For Nouriel Roubini, co- founder and chairman of Roubini Global Economics LLC, a global recession is inevitable. “At this point, the issue is not whether there is going to be a recession or a double-dip but whether it’s going to be relatively mild or whether it’s going to be a severe recession and a global financial crisis,” said Roubini speaking at the Bloomberg Dealmakers Summit in New York on Tuesday. “The answer to that question depends on what’s going to happen in the Eurozone and whether they can get their act together.” He cautions that Europe’s debt crisis may have much more dire consequences for the global markets than the Lehman Brothers collapse in 2008.

On Tuesday, a few glimmers of hope in the form of improved US home prices and consumer confidence reports as well as strong rhetoric out of Europe sent a positive jolt through the equities and commodities markets, including gold and silver.

US home prices rose for the fourth straight month in July while the Conference Board reported a slight uptick in consumer confidence from 45.2 in August to 45.4 in September. The US Senate avoided a government shutdown by reaching a consensus (79-12) on a stopgap spending measure that would finance the government through November 18th and provide $2.65 billion for federal disaster relief.

German Chancellor Angela Merkel voiced her confidence that Germany will lend support to ailing Greece following a meeting with Greek Prime Minister Papandreou. The Greek Parliament passed a controversial new austerity measure in the form of a property tax charged through electricity bills.

World stock markets reacted positively rising the most in six weeks as risk appetite seemed to return on hopes that the EU may be able to get its financial houses in order and the US may be taking a run at a recovery. Commodities prices were up nearly across the board as the US dollar traded lower after hitting a new nearly 8-month high on Monday. The 19-commodity Reuters-Jefferies CRB index was up 2.6 percent by Tuesday afternoon. Crude oil prices rebounded after falling to a six-week low on Monday. The price of copper also turned around climbing 5 percent to $7,659 a tonne after sliding 17 percent over 7 days to a 14-month low.

Tuesday’s optimism may have been a mass delusion.

Although four back-to-back months of increasing US home prices may sound like the beginnings of a recovery, S&P Indices index committee chairman David Blitzer is quick to point out that the housing market is “still far from a sustained recovery.”

And that slight uptick in consumer confidence? “On the face of it, confidence is at a level that is consistent with a stagnation in real consumption growth,” said Paul Dales, senior US economist at Capital Economics.

The prospects for a solution to the crisis in the Eurozone? “There has been no concrete alteration in the structure of the Eurozone since the end of last week but the market has been willing to clutch at the idea that politicians at least recognize there is an urgent requirement for action,” said Jane Foley, a senior foreign-exchange strategist at Rabobank International in London.

On Wednesday, the markets woke up to realize that the crisis in the Western markets still exists and is threatening to derail growth in the BRIC nations. This sentiment was echoed by analysts.

“It’s nice to see these bounces,” said Gavin Graham, president of Graham Investment Strategy. “The problem is it’s all based on hope rather than reality.” Graham added that Greek government austerity measures will do little to prevent the nation from defaulting at the point.

Yang Jun, analyst at China Futures Co would agree. “The right noises by European policymakers did improve market confidence today but this is only short-term. The Eurozone debt problem can’t be waved away anytime soon and it is still bearish in the longer term.” On Wednesday, reports circulated that European consumer confidence may have dropped to a two-year low for September.

Once the purple haze had receded, commodities across the board fell, extending “their biggest quarterly loss since 2008,” reported Bloomberg’s Elizabeth Campbell, including crude oil which lost 3.8 percent and copper which declined 7.6 percent.

It’s becoming extremely apparent that the world is headed toward another recession, but the severity and the possible impact on the BRIC nations remains uncertain.

The outlook for industrial metals including copper, palladium, zinc and silver is deteriorating under the weight of a looming global recession. Whether or not silver has farther to go on the downside remains to be seen over the upcoming weeks.

For now, we’re waiting for the safe-haven appeal of gold and silver to return to the futures markets. Apparently, investment demand for silver is still alive and well in the physical markets.

Barron’s blogger Murray Coleman reports that physical silver buying by retail investors is still strong based on estimates by Barclays Capital that ETF holdings increased 195 tonnes over two days. “Given the silver market remains in a fundamental surplus, the upside continues to rest with investor interest,” said Barclays. Coleman also notes that physical buying in India is up as buyers take advantage of lower prices.

While optimism over silver’s longer-term outlook exists, for the short-term, some analysts, like Edel Tully at UBS, are cautioning investors to “stay out of the silver market” given its volatility. “It is the most irrational of metals, and certainly not for the fainthearted.”