Silver should do well throughout September, and most silver analysts are confident the metal will soon reach the $21 an ounce highs last seen in March 2008. 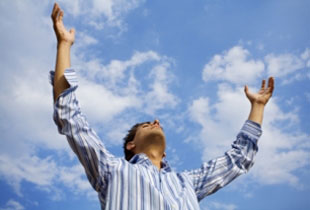 Soon after briefly touching a nearly 30-month high of $20.04 an ounce early in the trading session Tuesday, silver dipped as low as $19.68. The white metal managed to make a bid back up to its earlier highs, scratching $19.90 before falling back down to a close of $19.82 an ounce on the COMEX.

Profit-taking and outside market factors such as a stronger dollar, lower oil prices, and weak equity markets were no doubt responsible for the selling pressure. The greenback strengthened against a declining euro and other major currencies. News out of China concerning slower factory output in the second half of 2010 didn’t help industrial silver, either.

Throughout July and most of August, silver has remained range-bound between $17.50 and $18.50 an ounce. True to tradition, the white metal began to rally the last week of August closing in on $20 an ounce.

The sometimes precious, sometimes industrial metal is playing both sides as demand for safe haven assets continues alongside renewed hopes of economic recovery, no matter how slight.

As usual, silver has followed gold’s lead while at the same time outperforming its yellow cousin. “Each time a rise in gold hits the headlines, it steals the limelight from silver,” remarked Ashraf Laidi of CMC Markets. “Silver has not only followed rallies in gold, but usually outperformed, as can be seen in a fall in the gold/silver ratio.”

Many analysts believe both demand from investors and industrial uses has helped to bolster silver prices this year, which have increased by 18 percent, compared to gold’s 14 percent, since the start of 2010. Industrial demand has especially bounced back from last year when companies slashed purchases in the midst of the economic downturn. Silver demand from the electrical industry has ballooned by nearly 25 percent in the past year alone.

Despite indications silver’s fundamentals are strong, there are some concerns over the role of speculative investment in pushing prices up.

Last week, the COMEX experienced the highest number of speculative bets on higher silver prices since last December, according to Suki Cooper, analyst at Barclays Capital. The bank also noted that investor interest will continue to overshadow industrial demand as a supply surplus is expected for the year.

Kitco’s Debbie Carlson points out that once December silver futures closed up over $19 an ounce, as they did on August 25, “trend-following funds” were quick “to snap up silver.” Now that prices are teasing with the $20 an ounce level, speculative buying is likely to continue.

While industrial demand does seem to be recovering from 2009 levels in some parts of the world, there are worries that a double-dip recession could send industrial demand plunging again. If too much of the gains in the silver price are based on speculative betting, there is real danger of a sharp downward correction in prices.

While India is traditionally viewed as the center of the world as far as physical gold demand is concerned, the Asian nation is quickly becoming recognized for its strong role in the silver market as well. Rising gold prices are good for silver in this region of the world as would-be purchasers of gold jewelry and bullion turn to the white metal as a cheaper alternative during the festival and wedding season.

Also, as Jeff Neilson points out in a recent three-part article on TheStreet.com, “precious metals are the primary ‘savings instrument’ of India’s ‘peasant’ population (which generally lacks any access to banking services).”

Interestingly, this connection with the rural population makes the weather and agricultural harvests significant factors in India’s silver market, according to Neilson. A good monsoon season, like that experienced this year, leads to a better harvest and more money for silver jewelry and bullion purchases. “As market experts like Dan Norcini have pointed out, we have seen some very recent signs in North American trading that the return of the Indian silver-buyer could be having a significant impact on this market, globally,” said Neilson.

As proof of the Indian market’s influence over global silver prices, Neilson holds up Norcini’s observation that silver prices moved higher on demand last week even as most other commodities prices trended lower.

Could silver’s increasing status as an investment vehicle and savings instrument in India (and China) help to offset potential demand losses from the industrial sector?

Silver should do well throughout September, and most silver analysts are confident the metal will soon reach the $21 an ounce highs last seen in March 2008. Silver’s advance “has been accomplished in steps without any serious pullbacks in between.  This suggests underlying strength in sentiment which isn’t being seen in gold at the moment,” said Mineweb’s Laurence Williams. “Profit taking here only seems to be stemming the rise, not reversing it.”

While investors should expect some pullback in prices come October, the months of November and December historically represent a prime buying period for both gold and silver as the Indian wedding season and the Western holiday season begins.  If silver doesn’t breach the $21 level this month, there’s still a high possibility we’ll see prices in that range before the year is out.