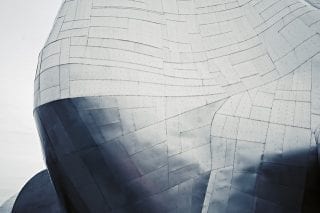 Wheaton Precious Metals President and CEO Randy Smallwood is more bullish on silver than gold, but sees both metals doing well next year.

Wheaton Precious Metals (TSX:WPM,NYSE:WPM) recently released its Q3 results, and President and CEO Randy Smallwood took the time to discuss them with the Investing News Network.
Speaking via phone, Smallwood said the company recorded a 1-percent year-on-year decline in attributable silver production during the period. He explained that output from Goldcorp’s (TSX:G,NYSE:GG) Peñasquito mine was “a little bit light as expected because Goldcorp is moving towards a pyrite leach circuit, and so they’re going to save whatever high grade they have for when they have better recoveries.”
Smallwood also said that Primero Mining’s (TSX:P) San Dimas mine “has had challenges in terms of productivity, but still delivered a million ounces of silver production, which is about what we expected.” The company is supporting Primero’s efforts to resolves its “financial difficulties” with San Dimas, but he said “ultimately it’s Primero that has to make some decisions here.”


Take Survey
Meanwhile, Wheaton’s attributable gold production decreased by 15 percent in Q3 compared to the same period in 2016. The decline in production was in line with expectations, and was due to lower output from Capstone Mining’s (TSX:CS) Minto mine and Hudbay Minerals’ (TSX:HBM,NYSE:HBM) 777 mine.
In its Q3 release, Wheaton notes that it has increased its quarterly dividend payment to $0.09 per share, a 50-percent rise from the same period in 2016. Smallwood said the company’s portfolio of assets is “doing very well. We’re continuing to generate very strong cash flows, and it’s always been part of our plan as our company matures to gradually shift more towards the yield side.” He added, “we felt it was time to reward our shareholders for being supportive.”
Revenue came in at $203 million in Q3, a 13-percent decrease from $233 million a year ago; the company also sold 6 percent less silver and 3 percent less gold. The firm noted a 14-percent decrease in the average realized silver price and a 4-percent decrease in the average realized gold price.
As of September 30, Wheaton had 5.3 million payable ounces of silver and 57,200 payable ounces of gold in the produced but not yet delivered category. “There’s always an inventory in terms of material unprocessed,” Smallwood explained. “What we do is report production; that’s material that’s come out of the mill, but it takes awhile for that material to make it to a refinery or smelter and [then be] delivered.  What we typically see is in the third quarter that tends to build up a bit and in the fourth quarter companies squeeze their whole process pipeline a little bit tighter to improve year-end results.”
He continued, “what I think it’s doing is setting us up for a pretty nice Q4.” Wheaton is forecasting total production of 28 million ounces of silver and 340,000 ounces of gold from its streams in 2017, excluding development assets, and Smallwood believes the company should achieve its full-year guidance.

In closing, Smallwood said that Wheaton is “active on the corporate development side. There are a number of opportunities in front of us, up to $500 million in value, that represent possible opportunities for continued growth. Our primary focus is to put our cash flow back into the ground, but if that’s not there then dividends are a nice second alternative.”
Smallwood noted that the market for silver and gold has been “pretty stable,” with gold fluctuating between $1,250 and $1,300 per ounce and silver in the range of $16 to $18 per ounce.
“Silver I’m actually a bit more bullish on, mainly because there’s just not a lot of new silver production coming on,” said Smallwood. “We truly have seen peak silver production, and yet we see increasing industrial demand. High-efficiency electronics will always need silver. Solar power, mobile electronics — there’s always going to be demand for silver from that space, and so we see increasing industrial demand combined with decreasing supply, and that will eventually bode well for silver.”
“In the near term I can predict stable prices, but I think 2018 could be a pretty promising year. All around the world what we see is governments trying to increase competitiveness by devaluing currencies, and that’s only going to do well for hard assets like gold and silver,” he concluded.
Don’t forget to follow us @INN_Resource for real-time news updates!
Securities Disclosure: I, Melissa Shaw, hold no direct investment interest in any company mentioned in this article.

2 responses to “Randy Smallwood: 2018 Will be a Promising Year for Silver and Gold”