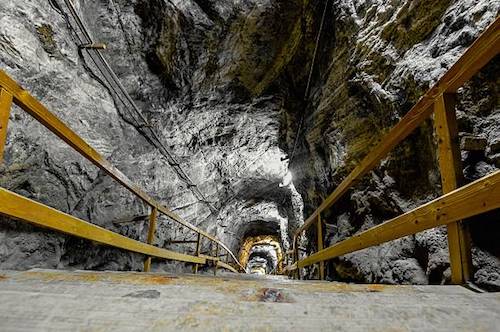 Pan American Silver is set to double its silver production with the $US1.07-billion acquisition of Tahoe Resources.

Pan American Silver (TSX:PAAS, NASDAQ:PAAS), the second-largest silver producer in the world, is about to significantly increase its white metal holdings following the purchase of Tahoe Resources (TSX:THO, NYSE:TAHO) for US$1.07-billion, which the companies announced in a joint statement on Wednesday (November 14).

Pan American Silver, which has found success with its six mines in Mexico, Peru, Argentina and Bolivia, will become a “world premier silver mining company” when it acquires Tahoe, which owns the recently-troubled Escobal mine in Guatemala, as well as gold mines in Peru and Canada.

The base purchase price represents a premium of 34.9 percent to Tahoe’s volume-weighted average price (VWAP) for the 20-day period ended on November 13.

Additionally, Tahoe shareholders will receive contingent consideration in the form of contingent value rights (CVRs), that will be exchanged for 0.0497 Pan American shares for each Tahoe share, currently valued at US$221-million.

The contingent will be payable upon first commercial shipment of concentrate following restart of operations at the Escobal mine.

Each of Tahoe’s directors and senior officers support Tahoe’s acquisition by Pan American and will agree to vote their shares in favor of the transaction.

“This transaction allows our shareholders to participate in the creation of the world’s premier silver company with the contribution of the world-class Escobal mine to Pan American’s existing asset base,” said Tahoe chairperson Kevin McArthur.

“In addition to the upfront premium, we will continue to participate in the upside inherent in a restart of Escobal through the CVRs,” he added.

Aden Sisters: Gold a Safe Bet During “Financial Abuse of Power”
5 Silver Stocks that Pay Dividends
VIDEO — EB Tucker: What Does (and Doesn’t) Matter in the Royalty Business
Silver and COVID-19: Who’s Reacting and How?