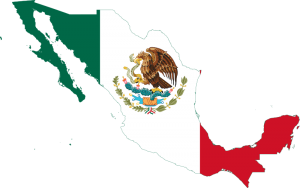 When Kootenay Silver (TSXV:KTN) made a new discovery at its Promontorio silver mine in Sonora, Mexico last fall, the company anticipated exciting developments. The first results from Phase II drilling at the La Negra breccia silver discovery have now been released, and they’ve proven the company right: all six holes intercepted high-grade silver.

“As drilling advances, our objective will be to systematically build on the multiple high-grade silver intercepts encountered to date, as we continue to define the continuity of silver mineralization established on surface and at depth,” McDonald said in a press release.

McDonald told Resource Investing News at a pre-PDAC event earlier this month that this Phase II drill program at La Negra will include approximately 30 holes, adding to the 25 completed in the first phase of the program, which finished last fall. He also noted the interest the project has garnered from insiders.

“We have done two financings in the last two months, and insiders have participated in both of them — it’s because of the La Negra discovery. Again, the La Negra discovery is a mineralized outcrop that forms hills sticking out of the ground. A big silver system with the potential for a low-cost leaching open-pit operation. Lots of upside and we just started drilling again, so very exciting times for our company,” he said.

McDonald was referring to a non-brokered private placement announced in December 2014. It was for up to 2.9 million units at a purchase price of $0.35 for aggregate gross proceeds of up to $1 million. Less than two weeks later the company closed the first tranche of the private placement, having received subscriptions for $742,000 and issued an aggregate of 2,120,000 units. The company then closed the second and final tranche with aggregate oversubscribed total gross proceeds of $1,577,875.