A combination of uncertainty in the global economy, political unrest in the Middle East and North Africa, limited supplies and a growing demand from emerging markets could poise silver prices to break out to new highs. China, in particular, has been showing a large appetite for investing in both silver and gold. 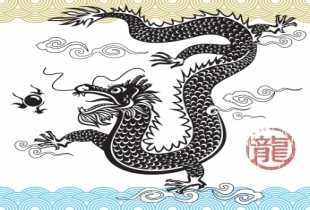 A combination of uncertainty in the global economy, political unrest in the Middle East and North Africa, limited supplies and a growing demand from emerging markets could poise silver prices to break out to new highs. China, in particular, has been showing a large appetite for investments in both silver and gold.

“It has certainly been volatile, and it seems like there could be a potential shortage of silver in the offing. It touched $34 [an ounce], now you’re starting to hear more and more people say that $50 silver isn’t that far off and it’s not that far off because of things like emerging markets and demand for silver as a store of value,” said Chris Berry, founder of Mountain House Partners, who specializes in the commodity space and the evolving geopolitical relationship between emerging and developed economies.

China, which has historically been a net exporter of silver, imported a full 14 percent of global silver production in 2010. On top of a growing mineral stockpile, China’s foreign-exchange reserve – the largest in the world – holds some $2.5 trillion US.

“You have the Chinese sitting on a store of $2.5 trillion US of which they know is completely useless, so I think they are looking at gold, but also at silver as a store of value and a way to hedge against the decline of the US dollar,” said Berry in an interview with Silver Investing News.

Though the gold and silver market do diverge, it is often difficult to speak about one without the other, as their values have been historically tied together, and are both used as a hedge against inflation. While the SPDR Gold Trust exchange-traded fund (GLD) has increased 23.7 percent in the past twelve months, the corresponding silver exchange-traded fund (SLV) has skyrocketed 113.3 percent in the same time period.

“I know that the Chinese are buying huge blocks of the SLV silver ETF and then selling it to try and get their hands on the physical metal,” imparted Berry.

In addition to its use as a hedge against inflation, silver is a key component in photovoltaic panels, which means industrial demand for silver is set to increase further as power companies up their utilization of solar energy.

“There is industrial demand for silver. You’ve got really two things going: there is infrastructure growth in Asia, but also silver is used in a lot of consumer goods,” said Berry. He explained that as China’s middle class grows, so does its demand for luxury “quality of life” goods, many of which contain silver. And it’s not only jewelry; silver is also a key component in electronics and the automotive industry.

Berry says that although he does see demand for silver in manufacturing, even in emerging markets like China it is its role as a hedge against inflation that is causing the greatest global demand for the mineral. “I think that has less to do with industrial demand and more to do with its role as a store value.”