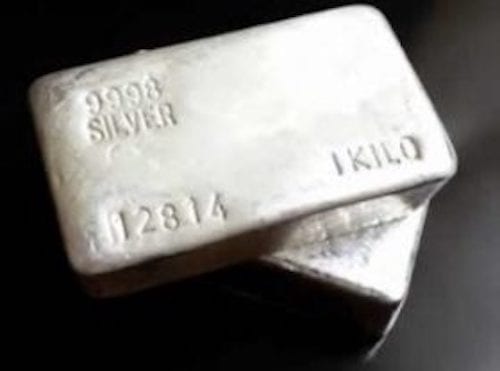 The company’s share price soared on Monday after the release of its final batch of results from a 2018 diamond drill program.

Shares of Dolly Varden Silver (TSXV:DV) rose as high as C$0.55 when the company released the sixth and final batch of results from 2018 diamond drilling at its Dolly Varden silver property.

The program at the asset, located in BC’s Golden Triangle, focused in part on the Torbrit mine area and consisted of 29,108 meters across 84 holes. Notably, the company hit 75 meters grading 419 g/t silver, including 16 meters grading 1,240 g/t silver, in hole DV18-163.

“The high-grade and thick silver intercepts in the Torbrit Mine Area fill in a portion of the Torbrit deposit not previously drilled. They confirm the multi horizon zones and high-grade nature of this style of mineralization,” said Gary Cope, president and CEO, in a Monday (January 7) press release.

“In viewing the Dolly Varden property as a whole, it should be noted that there are multiple silver deposits and high-grade silver targets within a 5 kilometer radius,” he added.

The drilling program’s main focus was resource delineation and verification, particularly in the areas where new discoveries were made during 2017 exploration. Those areas include Torbrit North, Torbrit East and Moose-Lamb, as well as areas around the Torbrit and the Dolly Varden deposits.

According to Dolly Varden, the Torbrit North and Torbrit East discoveries are of the exhalative style of silver and base metals mineralization along the Dolly Varden-Torbrit horizon, but are located in parallel and/or fault offset basins.

As for the Moose Lamb target, it has an epithermal vein style of mineralization and has mineralization similar to the historic Dolly Varden mine. It is adjacent to a major syn-basinal fault by the same name.

Dolly Varden closed up 15.66 percent on Monday, at C$0.48. The company’s share price has been trending upward since mid-November.