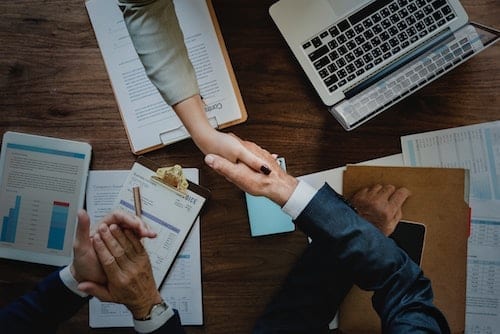 Defiance Silver and ValOro Resources both saw share price increases after announcing the completion of their merger.

Defiance Silver (TSXV:DEF) announced on Friday (December 28) that it has completed a “friendly merger” with ValOro Resources (TSXV:VRO). Following the news, both companies’ stocks climbed.

The deal will be officially completed by 11:59 p.m. on Monday (December 31), and the combined companies will continue under the name Defiance Silver.

The miners see the merger as a unique opportunity to create a leading diversified explorer with an advanced portfolio of Mexican silver and gold projects.

“We are pleased to complete the merger with ValOro and look forward with a shared common vision to unlock further exploration potential at the San Acacio silver project and Tepal gold project,” said Defiance President and CEO Peter Hawley.

Dunham Craig, president and CEO of ValOro, also commented on the merger, stating, “[w]e are very excited to move forward and thank our shareholders for their support. Combining two advanced silver and gold assets in the same jurisdiction with excellent exploration targets provides significant long-term value for our shareholders.”

As per the terms of the agreement, 120.07 million common shares will be outstanding, of which shareholders of Defiance will own 86.07 percent and the former shareholders of ValOro will own approximately 13.92 percent.

The newly-combined management team will be led by Hawley, Evelyn Abbott as CFO and Secretary and Gillian Kearvell as vice president of exploration. Defiance’s new Board will be comprised of Hawley, Darrell Rader, Paul Smith, Randy Smallwood and George Brack. Dunham Craig, and current Defiance director, Ron Sowerby, will join the board at Defiance’s next annual general meeting.

Following the announcement of the transaction, Defiance’s principal lender will increase its loan facility from US$700,000 to approximately US$1.50 million, on similar terms. In response to the increased loan facility, Defiance will issue 2,346,790 bonus warrants to the lender, with each warrant entitling the lender to acquire one common share of Defiance at US$0.18 until December 21, 2019.

As for ValOro Resources’ Tepal gold-copper project, a 2017 preliminary economic assessment (PEA) revealed the mine has an output potential 22,000 tonnes per day. The PEA used US$1,250 per ounce gold price and US$2.50 per pound copper price resulting in a US$169-million after-tax net present value (5 percent) and 24 percent internal rate of return.

One response to “Defiance Silver and ValOro Climb on Friendly Merger”