By Melissa Pistilli—Exclusive to Silver Investing News
Silver prices are doing well so far into the first two weeks of 2010 steadily rising from the $17 level to test $19 an ounce. 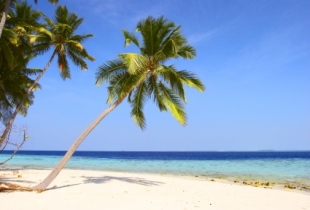 Silver prices are doing well so far into the first two weeks of 2010 steadily rising from the $17 level to test $19 an ounce.

On Monday morning, silver danced as high as $18.88 in New York before falling to $18.60 at closing. The white metal was spurred on by gold’s jump to a five-week high of $1,161.50 an ounce on a lower greenback and “gathering economic momentum” of commodity imports to China.

After rising as high as $18.64 in late morning trading Tuesday, silver tracked gold lower falling to close at $18.26 an ounce in New York. Both precious metals were pushed down as speculators sought to exit positions in oil and other commodities including precious and base metals; falling prices triggered further selling, especially in gold.

So far this year, silver continues to outperform in the precious metals group and analysts’ sentiments have a bullish flavor.

Societe Generale, one of the oldest banks in France and a leading European financial institution, puts the silver price at an “excess” of $23 an ounce by the end of 2010 and forecasts an average of $24 in 2011.

The BullionDesk.com’s Ross Norman, 2009’s fourth-best gold forecaster according to London Bullion Market Association, has said silver prices could average $19.55 an ounce in 2010 with a high of $21.50 and low of $17.17 an ounce.

“Despite the parlous state of global economic growth, we expect silver to rise in 2010 based on tight physical supplies while also benefitting from increased investment demand in line with gold,” said Norman. “These gains will come despite only modest growth in fabrication demand, we forecast, as investors move towards hard assets for wealth preservation and risk diversification.”

Silver Miners in the News

Market conditions like tight supply, increased investment demand, growth in industrial demand and rising spot prices create the perfect environment for silver miners to succeed. And a few of my favorites are already showing signs that 2010 promises to be a good year for their shareholders.

On Monday, First Majestic Silver Corp. (TSX: FR) announced its fourth quarter production numbers were up 15 per cent over the third quarter and up 18 per cent over the same quarter for 2008 to 1.25 million silver equivalent ounces.

“Assuming we can maintain our current production levels at La Parrilla and San Martin and with the increases in production coming out of the La Encantada, 2010 is shaping up to be a very good year for First Majestic,” says Keith Neumeyer, First Majestic President and CEO.

In 2010, First Majestic anticipates producing over 6 million ounces of silver. The company’s La Encatada Silver Mine in Mexico is expected to reach full capacity early this year. The newly found Buenos Aires ore body on the property has average grades of 400 g/t of silver and is currently under development and preparations for production in this year.

Other advancements the miner hopes to make in 2010 include drilling of the La Esperanza vein at the San Martin Silver Mine, which has shown samples ranging from 100 to 250 g/t of silver on surface. And receipt of a Change of Use of Land Permit on the Del Toro Silver Mine is expected early this year.

On Tuesday, shares of First Majestic on the TSX were trading at $4.09.

Great Panther [TSX: GPR] surpassed its own 2009 production targets by 6 per cent posting a yearly production of 2,202,456 silver equivalent ounces up 22 per cent from 2008, giving credence to its 2010 production forecast of 2.5 million ounces.

The company has successfully ramped up production at its Topia and Guanajuato mine in Mexico, which helped raise its fourth quarter production by 26 per cent. The miner is looking to produce 3.8 million silver equivalent ounces annually by 2012.

On Tuesday, shares of Great Panther on the TSX were trading at $1.12

Fortuna Silver [TSX.V: FVI] has garnered a $20 million senior secured revolving credit facility from The Bank of Nova Scotia and plans to use part of it for advancing development of its high-grade San Jose Silver-Gold Project in Mexico, which it is moving towards production.

Last month, the miner obtained all the necessary clearances permit for a 1500 tonne per day underground mine on the property.

Fortuna has gained favour with Casey’s International Speculator who has recommended the miner as a “Buy” and forecasted a 3.5 million ounce boost to Fortuna’s annual silver production once the San Jose mine becomes operational.

Analysts expect the addition to raise the company’s status from a small-time producer “to a lower mid-tier silver producer” by the end of 2011 and subsequently, Fortuna will likely attract the attention of acquisition-hungry larger miners.

On Tuesday, shares of Fortuna on the TSX Venture were trading at $2.63.