Many people believe colloidal silver has a plethora of health benefits; however, others, including the US Food and Drug Administration, think its potential negative side effects outweigh those positives. 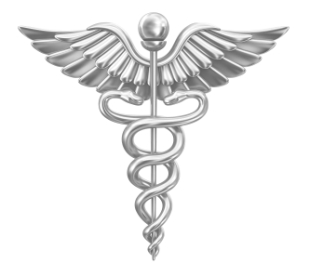 First introduced in 1915, when its ability to treat tumors was touted in a paper written by Dr. G.L. Rohdenburg, colloidal silver has remained a topic of debate ever since.
That’s largely due to the divide in opinion regarding the material’s health benefits. While some look to colloidal silver as a cure-all, believing that its benefits include the ability to “soothe burns, repair skin and tissue damage, and to treat scars,” its detractors point out that such results haven’t been reported in reputable medical journals. Further, the material can have negative side effects, such as seizures, kidney damage, fatigue and skin irritation, as per Discovery Fit & Health’s Olivia Page.
Here, Silver Investing News takes a closer look at what colloidal silver is, what its purported health benefits are and why some people think it’s unsafe to use.
What is colloidal silver?
A colloid is defined as a substance that is microscopically dispersed throughout another substance. In the case of colloidal silver, silver particles are the dispersed substance, while liquid is what they are dispersed in — usually that liquid is water.
As Page notes, colloidal silver’s popularity as an antibiotic peaked in the 1920s and 1930s, soon after its discovery. After that time, antibiotics whose effects had been proven overshadowed the material.
However, not everyone decided to move on. Fans of colloidal silver reportedly believe that “just because we have, as a society, access to more updated medicine that doesn’t mean that colloidal silver no longer retains its benefits.” It was those die-hard colloidal silver proponents who helped spur renewed interest in the material in the 1990s.
Currently, colloidal silver is fairly popular among practitioners of alternative medicine. It can be purchased online, in holistic health shops and can even be made with at-home generators.
Purported benefits
In addition to the purported benefits mentioned above, people also use colloidal silver to treat rashes, sties and acne. Another key benefit, Page states, is that it can help “improve [the] immune system’s ability to fight against colds and flu viruses.”
On a different note, Dr. Jeffrey Lewis of Silver-Coin-Investor.com said in an article published last year that colloidal silver is used “as a broad spectrum treatment for infections with bacteria, viruses and fungi in both humans and animals.” And, flying in the face of those who believe colloidal silver is scientifically unproven, he notes that a recent scientific study led by Boston University’s James Collins has “confirmed this usage by showing how silver ions disrupt and ultimately kill bacteria by increasing the permeability of their cellular membranes.”
Problems
Yet despite its proponents, colloidal silver has at least as many, if not more, detractors.
Such naysayers tend to point out that colloidal silver can “wreak havoc on proteins and make other medicines less effective,” according to Page. It is also risky for pregnant women to take as it can result in fetal abnormalities.
Additionally, Page states that “health officials worry … that those who use it will begin to rely on it as a cure-all instead of seeking real medical treatment.”
Taking a harder stance against the material, the United States’ National Center for Complementary and Alternative Medicine (NCCAM) notes that in 1999, the Food and Drug Administration “prohibited the sale of over-the-counter drugs containing colloidal silver or silver salts because they had not been shown to be safe and effective.”
The NCCAM also points out that consuming colloidal silver can lead to the build up of silver in body tissues; in turn, that can eventually cause argyria, “a grayish or bluish discoloration of the skin, conjunctiva (the clear membrane that covers the white part of the eye), nails, and gums.” While that may sound harmless, it also does not sound particularly pleasant — argyria is “usually permanent and may discolor large portions of the body.”
Finally, the NCCAM reports that in some cases colloidal silver seems to have spurred kidney, liver or nervous system issues.
The verdict
Whether the potential benefits of colloidal silver outweigh its possible side effects is of course up to individuals to decide. The NCCAM suggests that those thinking of using the material tell their health care provider to “ensure coordinated and safe care.” The organization also encourages users to never use colloidal silver “as a replacement for conventional medical care or as a reason to postpone seeing a health care provider about a medical problem.”

Securities Disclosure: I, Charlotte McLeod, hold no direct investment interest in any company mentioned in this article.
Related reading:
Use of Silver as Antibacterial Agent on the Rise
Nanosilver Market Growth: Boon or Bust for Silver Prices?
Silver in Medicine: Support for the Market?
New Database Identifies Products Containing Silver Nanoparticles