Silver managed to close above $29, but was quickly robbed of the gains. 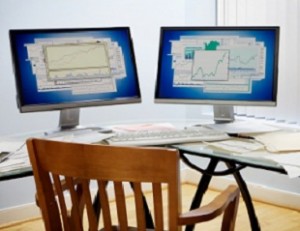 Silver headed into the weekend with gains and emerged to begin this week in a similar fashion. By Tuesday, silver’s closing New York spot price was $29.43. That was the first time the metal had closed above $29 since February 19; since then, it has not happened again. On Wednesday, silver gave up all the previous day’s gains, falling to $28.98. As of Thursday, the metal had declined 9.15 percent in 30 days. Some market participants believe that silver is approaching oversold territory, if it is not there already.

There has been significant concern within the silver market about the longevity of quantitative easing. Dovish statements this week from Fed Chairman Ben Bernanke seemed to assure market participants that the flow of easy money will not be cut off any time soon. Silver prices rose in response, but not for long.

As has been the case lately, when silver makes gains, it quickly gives them back. The metal simply cannot seem to find a positive role in this environment, which features investors who are flocking to risk.

With the threat of sequestration in the US approaching, there has been chatter this week that suggests some are concerned that the spending cuts will weigh on silver prices. Apart from that, there appears to be limited focus on the metal’s supply and demand fundamentals these days.

For example, on Monday, Hecla Mining (NYSE:HL) announced that its 2012 results indicate that it has achieved a seventh consecutive year of reserve and resource growth. Its silver reserves climbed 2 percent, to 150 million ounces, the highest level in the company’s history. Mineralized material increased 7 percent, to 22.4 million tons averaging 5.7 ounces of silver per ton. Hecla is expecting 2013 silver production to increase over 25 percent, to as much as 9 million ounces.

However, this news of increased supply in a weak market got little attention.

Some believe that silver may have bottomed, and there have been reports this week that could provide encouragement for silver bulls.

Silver demand increased in January, according to the LBMA, while the amount of silver transferred between accounts rose as transfers of gold declined. The month’s 13-percent increase in transferred silver ounces resulted in a daily average of almost 152 million ounces, the highest level since March 2012, but still significantly lower than levels in H2 2011.

Much of that silver was reportedly transferred to London clearers, indicating that ETF activity was a significant cause of the movement.

Also, CNBC reported bullish option plays. ProShares Ultra Silver (NYSE:AGQ) is an ETF that corresponds to twice the daily performance of silver. On Tuesday, over 2,300 March 42 calls were reportedly traded amid heavy buying. Purchased at $0.95 and $1, these calls are bets that silver prices will make a significant move to the upside. If the ProShares Ultra Silver’s stock price, at $38.29 Thursday, does not not rise above $42, these market participants stand to lose their entire investment in three weeks, CNBC’s article points out.

The futures market, however, shows few signs of optimism. The last Commitment of Traders report reveals that net speculative length fell over 1,100 MT, a 21-percent drop from the week before. This decline includes nearly 800 MT added by speculative shorts.

Huldra Silver (TSXV:HDA,OTC Pink:HUSIF) received the second tranche of a previously announced private placement. That brought its total financing to aggregate gross proceeds of more than $10 million. The company will use the money for debt repayment and general working capital.

Earlier this month, Dolly Varden Silver (TSXV:DV,OTC Pink:DOLLF) announced a private placement of up to 83,333,333 common shares for proceeds up to $15 million. It also noted that from February 22 to 26, Hecla, a strategic investor in Dolly Varden Silver, sold 10 million common shares. Dolly Varden has agreed to compensate Hecla with an estimated $38,000 for the costs incurred. Hecla will reportedly subscribe for 10,000,000 new shares and exercise its pre-emptive right to maintain a nearly 20-percent interest in the company.