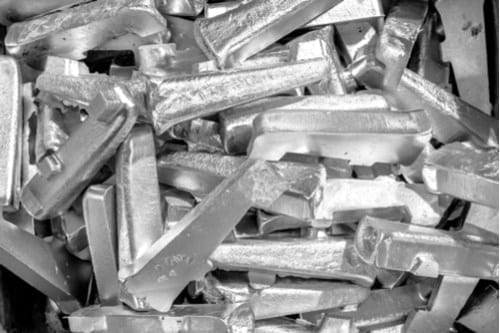 Investor sentiment has kept demand for the precious metal steady despite a slight slump in both the jewelry and automotive sectors.

Investment demand is currently driving the platinum sector, which is forecasted to experience a 9 percent increase for 2019, said the World Platinum Investment Council (WPIC) in its most recent quarterly report released on Friday (September 6).

Investor sentiment has kept demand for the precious metal steady despite a slight slump in both the jewelry and automotive sectors, which were down 5 percent and 4 percent respectively.

During the first half of 2019, a surge in exchange-traded fund (ETF) activity accounted for 855,000 ounces of investment demand. The WPIC expects demand to outpace supply, reducing the surplus of platinum from 375,000 ounces to 345,000 ounces.

“Today’s report shows continued investment demand growth, driven by investor recognition of platinum’s demand and price growth potential. This has been supported by uncertain capital markets that have seen inflows for most precious metals ETFs this year, of which platinum has been a standout beneficiary,” said Paul Wilson, CEO of WPIC. “Institutional investment demand has had an unprecedented start this year with ETF buying of 720,000 ounces in H1’19.”

Q2 2019 marks the second consecutive quarter that platinum ETF investment was higher than stocks and tangible bars and coins.

Global platinum supply is expected to grow by 4 percent this year, as a result of a buildup in South Africa’s processing pipeline. The African country is the leading producer of the metal with an annual output in 2018 of 110,000 kilograms.

While there has been a marked increase in the call for platinum, the WPIC also notes that there are potential risks facing the sector, with possible power outages and industrial action weighing on the South African sector and thus affecting the global supply chain.

A decrease in demand to the tune of 50,000 ounces from the automotive sector, paired with a 30,000 ounce drop from the jewelry sector as a result of weak Chinese demand, are keeping market watchers cautious.

However, as the WPIC indicates, platinum demand from the auto sector may climb in the coming years.

The precious metal watchdog also foresees growth in the recycling industry, and anticipates a 3 percent increase in the rates of platinum recovered from autocatalysts, despite a simultaneous decrease in jewelry recycling.

Lastly, platinum earmarked for the industrial sector experienced a modest 1 percent year-over-year uptick, thanks in part to growth in China’s chemical sector.

2 responses to “WPIC: Platinum Demand Up as Supply Decreases”