Although investing in metals is always risky business, analysts are pinning palladium and platinum as safer bets over the long run. 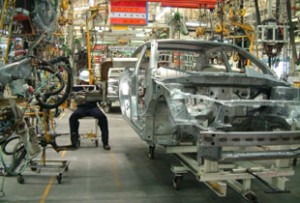 The price of palladium is sitting at around USD $849 per ounce. This metal hasn’t reached such high levels since February 2001.

One reason for this spike  in price is that demand is currently outpacing supply. Russia was once one of the world’s largest producers of the metal. However, it has sold off the majority of its reserves, according to Brahm Spilfogel, a vice–president and portfolio manager at RBC Asset Management, as reported on Canadian Business. Russia used to stock pile palladium in order to maintain a stable market price.

Palladium mines are deep and expensive to run. This only adds to the low-supply situation, as a lot of companies that mine this metal have a difficult time generating positive cash flow.

Although investing in metals is always risky business, analysts are pinning palladium and platinum as safer bets over the long run.

Along with platinum, palladium is used to manufacture catalytic converters for automobiles. Catalytic converters reduce the toxicity of automobile emissions. Since the auto market has begun to rebound from the recession, more palladium will be needed for vehicle production. It is expected that growing demands coupled with low supplies will continue driving the price higher.

The National Statistics Institute reported a 24 percent increase in the automobile industry orders in the last quarter of 2010 as compared to 2009. This growth seems to be continuing on into 2011.

Japanese auto sales went up around five percent between December of 2010 and January of this year. American auto sales have also increased, climbing 16 percent since this time last year. In addition, there has been an increase in sales of pick-ups and cross-over vehicles. These types of vehicles use more platinum and palladium metals in production.

By 2009, total vehicle sales in China reached 13.6M units, as compared to the US with 10.6M units. China has become a huge competitor both domestically and internationally in the automotive sector. In fact, last year China experienced a year-on-year 93.3 percent increase in foreign car imports, according to the China Association of Automobile Manufacturers.

The European auto market also seems to be gaining a stronger foothold. Although automobile sales tend to be weak in Europe, nations within the EU are some of the largest consumers of palladium for use in catalytic converters. Recovery to pre-recession levels is expected to be achieved by 2015, according to European Automobile Manufacturers’ Association data.

Car registration in France surged 8.2 percent this January as compared to the same month in 2010. Automakers are racing to meet this rise in demand.

Palladium may also be in demand from the healthcare industry in the coming years. Using nano-particles of this metal, chemists have developed a method of synthesizing drugs inside the human body at the precise location where they are needed. This could help to curb the side affects felt on the rest of a patient’s body resulting from procedures like chemotherapy.

Researchers have devised a way to exploit palladium as a catalyst. This method has never before been used in biochemical systems. The procedure involves new chemistry that has never been done inside a cell.

“Normally when you synthesize drugs, you do that in a chemistry lab at really high temperatures of around 130°C and then you give it to the patient. We managed to do it at 37°C inside the cell,” said Emma Johansson of Edinburgh University, as reported by The Engineer. Johansson worked on the project.

While normal chemotherapy drugs circulate in the bloodstream and attack cancerous cells, they also attack normal, healthy cells. This causes a number of negative side effects within the body.