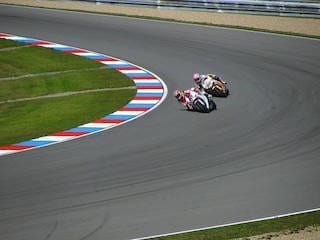 “In our view, it is more a case of when, not if, the palladium price will exceed platinum for the first time since 2001,” Ross Strachan, precious metals demand manager at Thomson Reuters, told the Investing News Network in May.
The moment for palladium to shine has arrived. As of 12:00 p.m. PST on Thursday (September 28), palladium was trading at $936.50 per ounce and platinum was at $924 per ounce. On Wednesday (September 27), palladium reached price parity with platinum for the first time since 2001.
Both metals are consumed primarily by the auto industry, where they are used in autocatalysts. Autocatalysts filter out or convert harmful carbon monoxide and nitrogen oxide emissions from vehicle exhaust into less harmful substances, such as carbon dioxide or water vapor.

Give me my free report!
Platinum is preferred for use in diesel autocatalysts, while palladium is used in gasoline-powered vehicle autocatalysts. Prices for platinum have been impacted by a fall from favor for diesel vehicles, spurred in part by Volkswagen’s (ETR:VOW3) emissions-rigging scandal. The market is also moving towards hybrid cars, which are generally gasoline-powered.
“Diesel vehicles will still be around for a while, but their share in Europe, the largest market, is estimated to decline from around 45 percent at present to as little as 35 percent in 2025,” Johann WiebeThomson Reuters’ GFMS Supply Chain & Commodities Research division said earlier this month.
Palladium prices have risen over 35 percent this year, while platinum has gained just 2 percent. Citigroup (NYSE:C) believes palladium may see a production deficit of over 1 million ounces per year for the next three years compared to a deficit of 770,000 ounces in 2017.
However, other analysts don’t think palladium will outpace platinum for long. Commerzbank (ETR:CBK) analyst Daniel Briesemann told Bloomberg this week that platinum is currently undervalued and will become more expensive again. He added that “there’s too much heat” in the palladium market.
Don’t forget to follow us @INN_Resource for real-time news updates!
Securities Disclosure: I, Melissa Shaw, hold no direct investment interest in any company mentioned in this article.