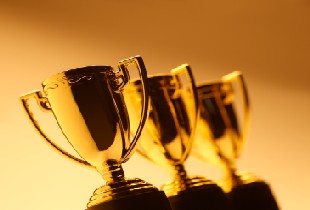 The US-based USAA Precious Metals and Minerals Fund (MUTF:USAGX) has demonstrated a relatively consistent record of positive risk adjusted returns since its inception dating back to August 15, 1984.  Last year marked the sixth consecutive year the fund has won the prestigious Lipper Fund Award for the United States in the Precious Metals funds category finishing first place for ten year performance.

As of the end of March, over the course of the three, five and ten year categories the fund has generated compound annualized average returns of 17.3 percent, 15.9 percent and 28.9 percent respectively. Relative to the total return of funds within its category, USAA Precious Metals and Minerals Fund is well within the top ten percent of funds in the US, from the Morningstar ranking over five, ten and fifteen year periods and has the distinction of finishing in the elite first percentile over both the ten and fifteen year periods.

At $2.4 billion of assets under management, the size of this fund is relatively large, limiting some risk and also the exposure to smaller exploratory positions which can constrict the upside potential. With a Total Expense Ratio of 1.19 percent of assets, the cost is relatively attractive given the category average of 1.42 percent. The fund has an annual stock turnover rate of 23.0 percent compared with the average of 104.4 percent, which demonstrates a stronger long term bias and implied reduced capital gains tax liabilities.  It is a relatively focused fund with 51.1 percent of the portfolio concentrated within the top ten securities.

The fund is co-managed by the portfolio management team of Mark Johnson and Dan Denbow. Mark Johnson has been managing the fund since January of 1994 and has held the Chartered Financial Analyst (CFA) designation since 1978.  Originally joining the company as a senior securities analyst in 1988, he had previously spent 14 years with the trust investment departments of Old Kent Bank & Trust Company, where he was vice president, and with the National Bank of Detroit. He holds a master’s degree in business administration and a bachelor’s degree from the University of Michigan.  The fund’s co-manager Dan Denbow joined USAA in 1998 and has 20 years investment business experience.  He is a member of the CFA Institute and the CFA Society of San Antonio originally completing his designation in 1995.  Mr. Denbow earned his bachelor’s degree in business in 1989 and master’s degree in business administration in 1992 from Texas Christian University.

According to the most recent disclosure, the portfolio team is increasingly aware that weakening fiat currencies and higher oil prices may lead to inflation picking up, a supportive dynamic for gold. Investors will note that with the Federal Reserve’s second program of bond purchases coming to a close and little prospect of a third round, there is some reason to be on guard for an upward move at some point in interest rate levels, which could draw demand away from gold.

On a relative basis, fund returns have been attributed to a focus on larger, more established gold producers. These stocks lagged as investors continued to engage in takeover speculation with respect to junior companies with relatively unproven reserves. The willingness on the part of large, producing companies to pay a premium price for a junior company on a somewhat speculative basis is reflective of the current high price of gold. Recent purchases in the fund have been focused on more senior producers, the segment of the market where management currently sees a better risk/reward tradeoff.  In addition to gold, the fund will typically have modest exposure to silver and platinum stocks. During the quarter, silver reached historically high levels versus gold, with gold trading at less than 40 times the price of silver versus a longer term multiple in the 60s. The team has continued to trim the fund’s silver holdings in view of the sharp rise experienced in the price of both silver and silver stocks in recent quarters, reducing its position to approximately 2 percent of assets.

In addition to many of the senior gold mining producers, there are a number of relatively smaller producers or junior exploration names within the portfolio which investors may consider worthwhile noting: