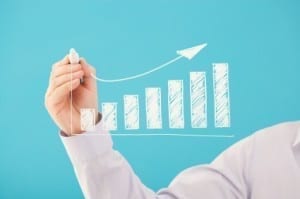 Stocks fell across the board, pressured by concerns about a trade war between the US and China, while the gold price was buoyed by a weaker US dollar.

Canyon Copper’s share price rocketed up 153.85 percent last week to end at $0.17. The increase came after the company staked 3,562 hectares at its Saskatchewan-based Bootleg Lake project, which hosts gold and VMS targets. Canyon Copper has now doubled its claim holdings in the province.

In addition to Bootleg Lake, Canyon Copper has several properties in Ontario and one in Nevada.

Last week, the company’s share price soared 40 percent, closing the period at $0.56, after it announced results from five holes completed at Carlin. The holes were completed as part of a 20-hole confirmation drill program at the project, and according to the company, twinned hole DDC18-09 “compared very well with [1967 hole] R111A in the depth and thickness.” However, hole DDC18-09 “[s]urprisingly” returned a vanadium grade 65 percent higher than hole R111A.

“Many of our verification holes within the confines of the historic resource area have returned higher grades than their neighbouring historic holes. Now, with this first twinned hole, there is growing evidence to suggest that historic grades may be understated,” said Cornerstone President and CEO Paul Cowley.

Cava Resources’ share price rose 38.89 percent last week to end the period at $0.25. The company did not release any news during that time; its latest announcement came in mid-February, when it completed the acquisition of Gold Rush Cariboo. Through the transaction, Cava gained ownership of the Horseshoe Bend alluvial gold project, as well as 16 other properties.

PPX Mining is an exploration and development company with assets in Northern Peru. Its flagship property is the Igor gold-silver project, where it is pursuing a two-pronged advancement strategy.

The company did not release any news last week, but its share price nevertheless leaped 33.33 percent to close at $0.08. PPX’s most recent news came in mid-March, when it announced a second mineralized zone at the Portachuelos area, which is part of the Igor project.

Nevada Exploration is focused on the discovery of gold through groundwater chemistry, which it bills as a “new and unique exploration technology.” The company’s goal is to advance previously unexplored targets identified by this type of exploration, and it has a number of assets in Nevada.

Data for 5 Top TSX Stocks articles is retrieved each Friday at 10:30 a.m. PST using The Globe and Mail’s market data filter. Only companies with a market capitalization greater than $50 million prior to the week’s gains are included. Companies within the mining and precious metals sectors are considered.

Editorial Disclosure: Canyon Copper is a client of the Investing News Network. This article is not paid-for content.