Here’s a look at the top five TSX gold short positions for January 31; they are based on a list put together by Chris Damas of the BCMI Report. 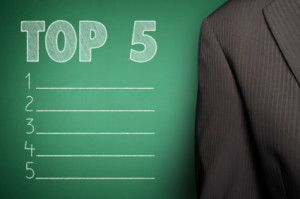 Last week, Chris Damas of the BCMI Report published a list of the top 20 TSX short positions for January 31. Damas has been putting the list out every two weeks or so since the end of December, and his intention is “to discern potential candidates for purchase or sale.”
As he explains in the first iteration of the list, knowing which companies have a ”large short position relative to the public float and daily trading volume” is useful because a a big short position “is often a sign unexpectedly good news or a general market upswing could boost the stock more than expected.” On the flip side, it can also indicate that “investors know there are undisclosed problems at a company, or that disclosed problems could get worse.”
Damas’ most recent list includes five gold companies; here, Gold Investing News takes a look at those companies, commenting on what they’ve been up to lately and if they’ve seen significant share price movement since the list was released.
Osisko Mining — short: 43,056,301
Osisko Mining (TSX:OSK) has been a fixture in the news since Goldcorp (TSX:G,NYSE:GG) made a $2.6-billion hostile takeover bid for the company midway through January. Since then, Osisko has made — and had approved by the Quebec Superior Court — an application to sue Goldcorp on the basis that Goldcorp “misused confidential information” provided when the companies were on friendlier terms.
Unfortunately for Osisko, proving that claim will be difficult; as the Financial Post points out, the disagreement between the companies stems from a meeting about which “no documentation … exists.” Nevertheless, a trial has been set for March 3 to 5.
In the meantime, the Financial Post also states, market watchers should expect Osisko to either “find a higher bid” or show investors that its Canadian Malartic mine “is worth far more than Goldcorp is offering.” Given that Osisko recently announced that the mine hit a monthly production record in January, it seems like the company is leaning toward the latter option.
What’s next? Shares of Osisko have traded at about the same level for the last month or so, closing Friday at $6.67 each. If Damas is correct, that means a big move — either up or down — could be coming.
Kinross Gold — short: 38,476,484
The only piece of news Kinross Gold (TSX:K,NYSE:KGC) has released recently is that it will be announcing its fourth-quarter and full-year 2013 results on February 12.
What’s next? This past month, shares of Kinross have traded in a fairly wide range of about $4.90 to $5.30 each. At close on Friday, they were selling for $4.82. Similar to Osisko, it looks like the company’s results release could spur a big move in either direction.
New Gold — short: 37,313,906
Late last week, intermediate gold miner New Gold (TSX:NGD,NYSEMKT:NGD) released its operational results for the fourth quarter of 2013 as well as for 2013 as a whole. Notably, the company’s total cash costs for the year came in at $377 per ounce, a record low for New Gold. It also increased its reserves of the yellow metal to 18.5 million ounces — that’s a 127-percent increase per share compared to the end of 2012.
What’s next? In New Gold’s case, it seems the big move may already have come. On the release of the above-mentioned results, shares of the company went from about $6.50 each down to a low of about $6. At close on Friday, shares of New Gold were up slightly, selling for $6.10 each.
Detour Gold — short: 25,589,330
On February 4, Detour Gold (TSX:DGC) provided an updated life-of-mine plan for its Northeastern Ontario-based Detour Lake open-pit mine, commenting that its operating life now clocks in at 21.7 years, while mineral reserves currently sit at 15.5 million ounces of gold (476 million tonnes grading 1.02 grams per tonne gold).
What’s next? As was the case for New Gold, it seems like Detour’s big move may already have happened. At close on Friday, shares of Detour were selling for $7.85 each, up about $1 since the release of the new plan.
Yamana Gold — short: 22,633,451
Like Kinross, the only recent news from Yamana Gold (TSX:YRI,NYSE:AUY) is that the company will be releasing its results for the fourth quarter of 2013, as well as 2013 as a whole, after market close on February 18.
What’s next? At close on Friday, shares of Yamana were selling for $10.11. Again, the impending results release may mean some movement is in store in the coming weeks.