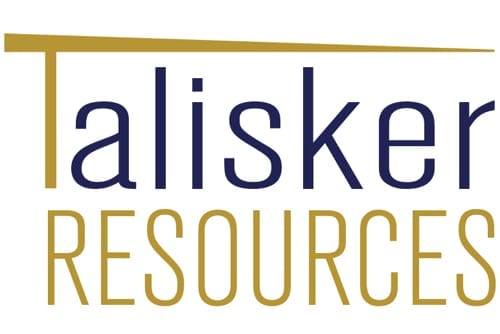 Talisker Resources Ltd. is pleased to announce that it has closed the bought deal private placement initially announced on January 7, 2020.

Talisker Resources Ltd. (“Talisker” or the “Company”) (CSE:TSK, OTCQB:TSKFF) is pleased to announce that it has closed the bought deal private placement initially announced on January 7, 2020 for total gross proceeds of approximately $13.1 million (the “Offering”). In connection with the Offering, the Company issued an aggregate of 15,333,320 common shares (the “Shares”) and 16,161,600 charity flow-through common shares (the “Charity FT Shares”) of the Company, which Charity FT Shares will qualify as “flow-through shares” within the meaning of the Income Tax Act (Canada), at a price of $0.33 per Share (the “Offering Price”) and $0.495 per Charity FT Share.

The gross proceeds from the sale of Charity FT Shares will be used by the Company to incur eligible “Canadian exploration expenses” that will qualify as “flow-through mining expenditures” as such terms are defined in the Income Tax Act (Canada) (the “Qualifying Expenditures”) related to the Company’s projects in Canada. All Qualifying Expenditures will be renounced in favour of the subscribers of the Charity FT Shares effective December 31, 2020. The net proceeds from the sale of the Shares will be used by the Company for working capital and general corporate purposes.

Talisker Resources Ltd. is a junior resource company involved in the exploration of gold projects in British Columbia, Canada. Talisker’s projects include the Bralorne Gold Complex, an advanced stage project with significant exploration potential from a historical high grade gold producing mine as well as its Spences Bridge Project where the Company holds ~85% of the emerging Spences Bridge Gold Belt and several other early stage Greenfields projects. With its properties comprising 270,605 hectares over 288 claims, three leases and 154 crown grant claims, Talisker is a dominant exploration player in the south central British Columbia. The Company is well funded to advance its aggressive systematic exploration program at its projects.

Forward-looking information contained in this news release is based on certain factors and assumptions. While Talisker considers these assumptions to be reasonable based on information currently available to them, they may prove to be incorrect. Forward looking information involves known and unknown risks, uncertainties and other factors which may cause the actual results, performance or achievements to be materially different from any future results, performance or achievements expressed or implied by the forward-looking information. Such factors include risks inherent in the exploration and development of mineral deposits, including risks relating to changes in project parameters as plans continue to be redefined, risks relating to variations in grade or recovery rates, risks relating to changes in mineral prices and the worldwide demand for and supply of minerals, risks related to increased competition and current global financial conditions, access and supply risks, reliance on key personnel, operational risks regulatory risks, including risks relating to the acquisition of the necessary licenses and permits, financing, capitalization and liquidity risks, title and environmental risks and risks relating to the failure to receive all requisite shareholder and regulatory approvals.

Neither the CSE nor its Regulation Services Provider (as that term is defined in the policies of the CSE) accepts responsibility for the adequacy or accuracy of this release. No stock exchange, securities commission or other regulatory authority has approved or disapproved the information contained herein.