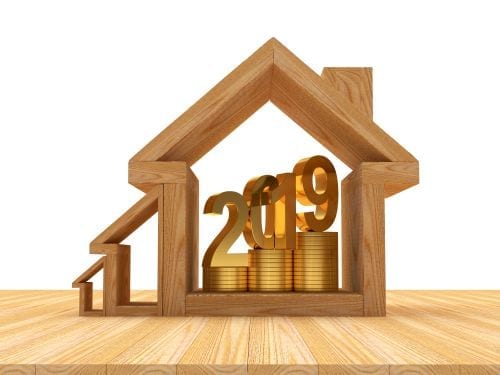 S&P Global Market Intelligence says that 2019 will bring a record high for gold output, with an estimated 109.6 million ounces of the yellow metal expected to be produced this year.

According to a report from S&P, gold production climbed for the 10th consecutive year in 2018, with output hitting 107.3 million ounces of gold.

“We believe the forecast growth of 2.3 million ounces in 2019 will be the strongest growth in the past three years, debunking commentary calling for peak gold,” said Christopher Galbraith, research analyst at S&P Global Market Intelligence.

“More than half of the increase is projected to come from new mines that are expected to come on stream this year or have recently commissioned,” he added.

Galbraith noted that while 2018’s year-on-year increase was the smallest in 10 years at just under 1 percent, output has risen by a total of 40 percent since 2008.

The research analyst also explained that, based on the current project pipeline, S&P expects that gold production will remain steady until 2022, as new assets coming into existence over the next half decade are expected to produce as much as 4.3 million ounces of gold a year by 2022.

However, by the year 2023, output of the yellow metal is expected to decline by over 3 million ounces, followed by a decrease of up to 5 million ounces in 2024.

Based on the report, the weighted-average gold grade climbed by 4.5 percent from 2014 to 2018, partly due to producers minimizing output from low-grade areas as they attempted to remain profitable during years that saw weaker prices.

“Save for a subtle drop in 2018, the increase in grade is projected to continue through 2020 and maintain higher-than-current levels in the subsequent years,” Galbraith said. “In 2021, we expect ore throughput to remain steady but grade to fall by 2 percent year-over-year.”

Compared to this year, the gold grade in 2024 will be almost 2 percent higher, and approximately 241 million fewer tonnes are expected to be fed at gold mills. “Owing to that drop in throughput, the related drop in production from primary gold mines will be almost 9 million ounces,” he explained.

Also worth noting is that, as gold production begins to fall, a larger share of output will come from mining of the precious metal from base metals mines.

S&P points to two countries that will represent the largest increase and the largest decrease in production during the years that output is expected to be down: Canada and Australia.

Canada will be seeing green as it will be the only major gold-producing country to increase output; on the other hand, Australia will be in red as its gold production is expected to fall the most of any major producing nation.

According to the report, Canadian mines such as New Gold’s (TSX:NGD,NYSEAMERICAN:NGD) Rainy River project and Agnico Eagle Mines’ (TSX:AEM,NYSE:AEM) Meliadine asset are driving national output growth that should last for a few years.

Canada is also projected to be receive the title of the world’s fourth-largest producer, leapfrogging the US in gold production. The North American country’s output will more than likely increase by four times the second-largest projected increase, Ecuador, over the next five years.

In the longer-term outlook, by 2024 Australian gold production is expected to dip to fourth place globally, as several longtime assets will be depleted, including Saint Ives, Paddington, Telfer, Edna May, Southern Cross and Agnew/Lawlers.

Peru’s production is also forecast to trend in a downward motion over the next half decade for the same reason. Three of its mines — Orcopampa, La Zanja and Tambomayo — will be depleted by 2024, and Lagunas Norte and Yanacocha will nearing depletion and thus producing less gold.