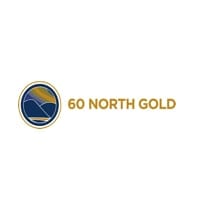 Sixty North Gold Mining Ltd. (CSE:SXTY, FSE:2F4, OTC:SXNTF) (the “Company” or “Sixty North Gold”) is pleased to announce that New Discovery Mines Ltd., Project Manager, has successfully completed its trenching program on one of the recent volcanogenic massive sulphide (VMS) discoveries on its Mon Gold Property. A total of six trenches over 120 metres were blasted into the 5656 zone that was discovered by prospectors following-up on a biogeochemical anomaly. Grab samples in this zone graded up to 2.30 gpt Au, 360 gpt Ag, 3.83% Pb, and 1.94% Zn, (see news release November 6, 2018) with sample protocol noted below.

A number of massive, semi-massive, and heavily disseminated sulphide zones were encountered over true widths between 0.4 and 2.1 metres containing tetrahedrite, galena, sphalerite, pyrrhotite, chalcopyrite, arsenopyrite, and pyrite (in declining abundances). Some intensely rusted domains were encountered that went to depths exceeding our trenching limits are believed to represent additional zones of sulphide mineralization. The zone is open along strike. Trenching targeted a poorly exposed trend of showings that had been grab sampled (see above) and a conductive trend identified in the Company’s VTEM Plus® survey completed this spring (see news release April 2, 2019). The weakly conductive zone can be traced for approximately 400 m with materially stronger domains over 170 m where the trenching was completed and to the north. Assays will be released when they have been received by the Company.

John Campbell reports “We are pleased to have made a significant new discovery in the Northwest Territories within a belt of prospective rocks. Important for potential future development of the project is its proximity to infrastructure. The property is 23 km north of the Bluefish hydroelectric facility. The historic powerline to the Discovery Mine Property crossed the Mon Property and established winter road access has recently been used. Cellphones can be used on the property. We are excited to continue exploration of this zone.”

These conductors occur within Chan Formation rocks of the Yellowknife Supergroup, five at the top of a thick tholeiitic mafic volcanic sequence within narrower felsic volcanic tuff horizons. Dr. D.R. Webb reports that the 5656 Zone has been mapped over 300 m in length and the steeply-dipping tuff unit hosting the massive, semi-massive and disseminated sulphides attains widths up to 30 m.

There is a camp on the property and permits to drill have been received.

All rock grab samples reported above were collected by hand and were located by hand-held GPS and bagged and tagged with certified blanks and standards inserted at 1 in 7 to 1 in 10 intervals. The sample bags were sealed and delivered to Bureau Veritas Laboratories in Yellowknife and processed at their ISO/IEC 17025:2005 and ISO 9001:2015 certified laboratory in Vancouver, B.C. All samples were crushed and pulverized using PRP 70-250, analysed for 53 elements by ICP-MS using AQ251 and fire assay gold FAA 330 with all over limit golds analyzed using fire assay gold FAA 550. All samples from the VMS horizon were re-run using MA270 techniques. The laboratory also runs duplicate and repeat analyses of every 15 to 25th sample, as well as internal blanks and standards which are reported to the Company. Bureau Veritas is independent of the Company. Grab samples are by their nature selective and may not represent average samples.

Dr. D.R. Webb, Ph.D., P.Geol., P.Eng. is the Qualified Person for this release within the meaning of NI 43-101 and has reviewed the technical content of this release and has approved its content.

The Company is engaged in acquisition, exploration and development of mineral properties. Its principal target is the exploration for gold on the Mon Gold Property, 40 km north of Yellowknife, NWT. The Mon Gold Property consists of 11 contiguous mining leases and 3 mineral claims, comprising an aggregate 1,536.92 acres, located in the South Mackenzie Mining District, NWT. For more information, please refer to the Company’s Prospectus dated January 19, 2018 available on SEDAR (www.sedar.com), under the Company’s profile.