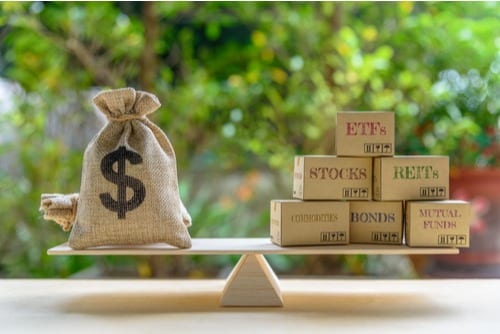 INN spoke with Ralph Aldis of US Global Investors about which precious metals stocks are performing well and which ones to keep an eye on.

The precious metals sector has seen a flurry of activity in the last three months, with gold soaring to US$1,556.76 per ounce in mid-September, then falling to US$1,461.11 at the start of October.

With so much variance over a short period it can be hard for investors to know where the real value is.

The Investing News Network spoke with Ralph Aldis, portfolio manager and senior mining analyst at US Global Investors (NASDAQ:GROW), about which precious metals stocks are performing well and which ones investors should be keeping an eye on.

Aldis noted that gold has been performing well for the last nine months, while the other precious metals, which tend to trade in sync, have not moved at the same pace.

“Silver has not been performing, at least for the first half of the year,” he said. “It was not doing very well related to gold, which meant a lot of the silver stocks were doing about half as good as the gold stocks.”

However, silver was able to turn it around in Q3, gaining more than US$4 between July and September.

“It looks like we got some rotation into the silver stocks and the silver price went up. I think that it’s around US$18 (per ounce) right now (September 30), and that kind of woke up the market. Then you started seeing money also flow over to platinum and palladium,” said Aldis.

The company released its latest quarterly financial results in July, reporting net income of US$12.6 million, with sales totaling US$45.6 million. Shares of Silvercorp are up 80 percent year-to-date.

While silver and platinum treaded water early in the year and picked up traction in the third quarter, the palladium story was slightly different. As a crucial component of catalytic convertors — which help reduce carbon monoxide, hydrocarbon and nitrogen oxide emissions from vehicles — palladium demand has been growing.

In terms of selecting a palladium stock to purchase, Aldis suggested North American Palladium (TSX:PDL,OTC Pink:PALDF). “(It is) the only real pure-play palladium stock that you can buy outside of South Africa or Russia,” he said.

“North American Palladium was up almost 25 percent for the quarter, somewhat reflecting the strength that we see in the palladium market. And we continue to see pollution control devices on cars, which are still going to be around for a while,” he explained.

Although the market share for traditional vehicles is steadily decreasing as the electric vehicle sector takes hold, Aldis remains certain that palladium demand is likely to grow over the next few years.

The veteran analyst said he sees value in the long play when it comes to North American Palladium. The company’s Lac des Iles mine in Thunder Bay, Ontario, is in a safe and hospitable jurisdiction, and it is what Aldis believes is a long-life mine.

The project was up for sale at the time of the interview, and Aldis said it would be a complement to any gold miner’s project roster.

“Sometimes, when there’s one holder that has a large amount of stocks, you’ll feel a little bit nervous about buying it, but they have sort of signaled to the market that they’re in the process of selling that and they are in negotiations,” he said. “At some point, maybe we’ll see a sale this year before year end — I don’t know for sure. But that one could be pretty interesting and a good long-term hold.”

The acquisition alludes to the broader movement and depth of the precious metals space as a whole, and not just the gold sector.

That said, Aldis did have a few top gold picks in the mid and senior tiers: Franco-Nevada (TSX:FNV,NYSE:FNV), Royal Gold (NASDAQ:RGLD) and Wheaton Precious Metals (TSX:WPM,NYSE:WPM).

“Franco and Royal Gold have done pretty good recently,” he said. “Wheaton Precious Metals has lagged behind them because they had a Canada Revenue Agency tax investigation going on in prior years, and that now has come to a settlement and it’s done.”

All three are large-scale companies with market caps over C$1 billion, but Aldis does have a favorite.

“Wheaton seems to be the deeper-value play. Plus, it does have a good silver component to it … Wheaton used to be mainly silver streaming, (it) was their main thing. And then they changed their name (from Silver Wheaton) and took up some gold streams. Wheaton is one of my top five holdings in the gold and precious metals.”

Rounding out his list, he offered some junior companies with exciting potential and indicated that more mergers and acquisitions like the late September transaction between gold royalty company Osisko Gold Royalty (TSX:OR,NYSE:OR) and Barkerville Gold Mines (TSXV:BGM), as well as the recently announced Impala/North American Palladium deal, are likely to come down the pipe in the future.

The joint venture is working to develop the Barsele project located in Northern Sweden, which the analyst noted is a politically safe jurisdiction.

“But at some point Agnico would probably buy out Barsele or someone might go after Barsele and Agnico for that land position,” he noted. “It’s a big land package and there’s more than one type of deposit on it.”

Last, but not least, is TriStar Gold (TSXV:TSG), a junior company with a promising deposit in Brazil.

“The main thing about TriStar that I like and gives me confidence that this stock is not going to just disappear in terms of falling off the face of the Earth, is that Royal Gold just agreed to about a C$6 million financing for TriStar in exchange for a royalty on a property,” he said.

“And so in this case, TriStar’s going to have the money for the next two years at least, to continue to do their work, do the infill drilling, do the exploration to try to grow the size of the deposit.”

Even though Aldis is optimistic about his stock picks, he remains adamant that more accountability and allocation is paramount. “(The market needs) better capital allocation, and (for) shareholders to actually hold the companies’ feet to the fire on that.”