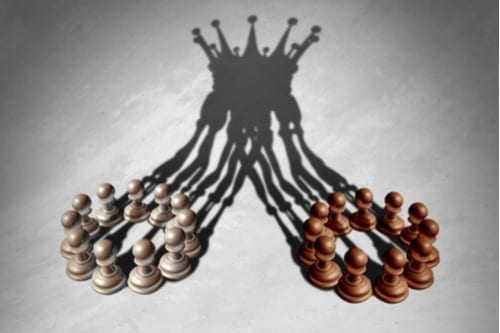 The C$1 billion deal will give Impala access to the Lac des Iles mine, a well-known deposit that has both an underground mine and an open pit.

The C$1 billion deal will give Impala access to the Lac des Iles mine located in Thunder Bay, Ontario. Lac des Iles is a well-known deposit that has both an underground mine and an open pit.

“This transaction delivers attractive value for our shareholders and reflects five years of hard work we have devoted to realize the potential of our assets,” said Jim Gallagher, president and CEO of North American Palladium, in a release on Monday (October 7).

“We have successfully established Lac des Iles mine as one of Canada’s largest, lowest-cost and safest underground mines, producing a metal that contributes to a cleaner global environment.”

The majority of North American Palladium’s shares are held by Brookfield Business Partners (TSX:BBU,NYSE:BBU), which will receive C$16 per common share. The remaining shares of the company will be acquired by Implats for C$19.74 each.

“It makes good sense for Impala Platinum to make a bid for North American Palladium, which is an important, strategic, long-life asset that is generating robust economic returns. If Impala can successfully close the acquisition, it will be a game changer for them,” Ralph Aldis, portfolio manager and senior mining analyst at US Global Investors (NASDAQ:GROW), told the Investing News Network (INN).

“I think the gold miners may be missing out, as the bid to buy the company leaves plenty of scope to improve towards a fair market price in the mid-C$20s before North American Palladium would be trading with a ‘normal’ liquid valuation,” he explained.

“Brookfield, which controls about 80 percent of the share base, has not been greedy and certainly has allowed for the company to be shopped for a higher bid over the next 30 days.”

Aldis isn’t the only one that thinks Implats low balled the offer.

In a research note on the deal, David Stewart, vice president and equity research analyst for GMP, pointed to the shortcomings of the offer.

“To illustrate just how low the Implats offer is, we witnessed the complete other end of the spectrum in May when St. Barbara (ASX:SBM) announced its all-cash acquisition of Atlantic Gold at a valuation of 1.17x spot net asset value — more than double what Implats is offering PDL shareholders in terms of NAV multiple, and a 41 percent premium to the previous Atlantic closing price.

“Our disappointment in the Implats offer stems not only from the implied 15 percent discount but also from the timing. PDL is in the midst of its ramp-up to 12 kilotonnes per day from underground, which has progressed well up until now. We were expecting the shares to perform well as that project is approaching completion in early 2021.”

For Derek Macpherson, vice president of research at Red Cloud, the deal and its timing were unsurprising.

“I was not surprised by the deal, as we knew the major shareholder would eventually sell, and that the amount of free cash flow that North American Palladium is generating, relative to other PGM and precious metals producers, made it an attractive target,” he wrote in an email to INN.

“I think that Implats is getting a very good deal. As a primary palladium producer, along with being 81 percent owned by Brookfield, this is a unique asset with a unique share structure, which is what led to this deal. In our view, there is room for a higher offer, but we view an additional bid as unlikely.”

Demand for palladium is expected to steadily increase over the next few years as the amount of the metal used in catalytic converters grows. The price of palladium is up 31 percent year-to-date, currently trading at US$1,669 per ounce.

While analysts may have been left scratching their heads, Implats CEO Nico Muller is confident the deal is in the best interests of both companies.

“Implats has had an exploration presence in Canada for more than two decades and over the past three years we have developed a strong relationship with and understanding of NAP and its management team and operations,” he said in a release.

“Ownership of (North American Palladium) will accelerate our progress against a number of key strategic imperatives, and it is Implats’ view that the palladium market will remain in a structural deficit in the medium term, which should lend considerable support to stronger-for-longer pricing.”

Shares of North American Palladium remained unchanged on Monday, trading at C$19.75. Shares of Implats were down slightly at US$6.72.