Gold prices inched higher on Friday, heading for their second weekly advance as a stalling greenback and uncertainty in the Eurozone coaxed investors back into the safe haven investment. 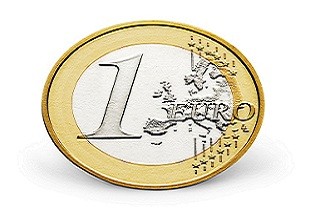 Gold prices inched higher on Friday, heading for their second weekly advance as a stalling greenback and uncertainty in the Eurozone coaxed investors back into the safe haven investment.

On Friday, the US dollar was falling against most major currencies due to the release of negative data regarding the state of the world’s largest economy. The Thomson Reuters/University of Michigan consumer sentiment index for early October fell to 57.5 from 59.4 at the end of September. Economists forecast that it would increase to 60.0. In addition, the greenback was weak relative the euro over expectations that European leaders will announce a comprehensive plan to prevent a debt crisis from paralyzing the region.

In its monthly bulletin Thursday, the European Central Bank said the economic outlook “remains subject to particularly high uncertainty and intensified downside risks.” Analysts are uneasy about the health of the region’s economy and would like to see leaders act swiftly, and aggressively, to stave off a financial crisis. On Thursday, Standard and poor’s, downgraded Spain’s economy, citing “slowing growth” and the increased risk that the “rising defaults,” will wreak havoc on the country’s banks.

Currently, the G20 is in meetings, and reportedly, the top topic of conversation is how to prevent financial disaster in the Eurozone.  Earlier, the emerging economies had suggested that the IMF may need more cash, to make available to the Eurozone, in case the current crisis intensifies. Today, however, the leaders of The US, the UK, Canada, Japan, and Australia opposed providing more funds for the IMF, saying that it is not the responsibility of the taxpayers of those countries to bail out the Eurozone.

So far this year, gold has both rallied, and fell, in response to the ongoing Eurozone crisis. Since touching a record high $1,923.70 an ounce on Sept. 6, gold has slumped as much as 20 percent, the metal’s biggest slide in three years, as investors sold gold holdings in order to cover for losses in other markets. The September sell-off resulted in a loss of 4.2 trillion from global equity markets.

Looking forward, traders believe that gold will regain its strength. On Friday, UBS (NYSE:UBS) claimed that gold was one of its top three commodities picks, despite downgrading its price projection for the safe haven investment. The firm reduced its 2011 average gold price to $1,615 from $1,665 to allow for mark-to-market adjustments and the impact of a stronger dollar, but kept its 2012 forecast at $2,075.“Our core view is that ongoing global macroeconomic disappointments, the inevitability of further negative turns in the European sovereign debt crisis, and low business, consumer and investor confidence will lead to gold being increasingly used as the line of defense against negative market outcomes,” the bank told clients. UBS analysts believe gold’s biggest risk is a rapid deterioration in bank funding tied to escalating liquidity concerns.

According to data collected by to Bloomberg, investors are adding to their holdings in gold-backed exchange-traded products for the first time in a month. Bloomberg’s survey also showed that, partly due to the metal’s recent weakness, traders and analysts are the most bullish for gold prices, in three years, betting that Europe’s debt crisis, and slowing global growth will boost demand for gold as a safe haven investment. “Gold remains underpinned by good volumes of physical and retail investment purchases,” James Moore, an analyst at The Bullion Desk in London, wrote in a report today. “Following the wash-out of fund and speculation investment longs, the market is well placed to trade higher.”

Gold may get a boost, this October, from high jewelry demand during the upcoming festivals in India. Traders have reported strong physical buying, and one dealer commented that many traders are convinced that that prices will not further go down from here, while the “sky is the limit for upside.” India is gold’s biggest consumer, and demand in the country is expected to hit a record 1,000 tons this financial year due to growing rural incomes.

Securities Disclosure: I, Leia Toovey, hold no direct equity interests in any company mentioned in this article.