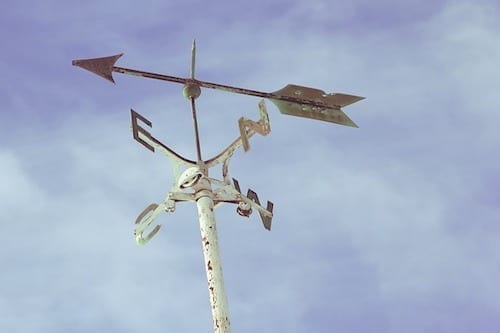 The company’s share price rose as high as C$1.50, an increase of more than 20 percent, after it announced a new high-grade gold discovery at the Back River project.

Sabina Gold and Silver’s (TSX:SBB) share price was on the rise on Monday (August 20) after the company released the first results from summer exploration drilling at its Back River project.

According to the company, a “significant new high-grade gold discovery” has been identified 1 kilometer to the west of the Nunavut-based project’s Goose main deposit.

Called the Nuvuyak zone, the area was targeted by drill hole 18GSE545, which intersected 11.58 g/t gold over 39.5 meters with “abundant visible gold.” It has strong similarities to the Umwelt Vault zone, and Sabina says it demonstrates the potential for more discoveries at Back River.

He added, “[w]e believe we can continue to grow our gold resources by aggressively exploring along both our better-known gold trends and the newly emerging gold trends that have been targeted for priority drilling.” Sabina’s summer drilling program has now been increased from 10,000 to 12,000 meters.

McLeod noted that Nuvuyak may be the most significant discovery at Back River since the Umwelt Vault zone was found. In his opinion, the new area highlights the strength of the Back River system, as well as the property’s long-term value.

“Nuvuyak is an exceptional new discovery made by our in-house team that will continue to grow with the future of our company to the benefit of the shareholders,” he said.

Back River is currently in the final regulatory and licensing stage after the Nunavut Impact Review Board issued the final project certificate for the project in December 2017.

The company said at the time that it had recently submitted its Type B and Type A water license applications, and has since received the Type B license. The Type A license is expected by the end of the year. McLeod described the Type B license as “critical” for work planned at Back River in 2018.

In February, Sabina allocated $83 million for exploration and pre-development infrastructure improvements at Back River. At the time, the company emphasized that despite delays in permitting it is still looking to produce first gold in 2021, although initial output may come in Q4 instead of Q1.

A feasibility completed in 2015 for Back River outlines production of 200,000 ounces a year for about 11 years, with a payback period of 2.9 years.

The company will release more drill results from the current program as they are received.

5 Top Weekly TSXV Stocks: Hemlo Explorers Rises Over 100 Percent
Gold and COVID-19: Who’s Reacting and How?
4 Gold Stocks to Watch in 2020
VIDEO — James Kwantes: Gold in the Ground, Cash on Hand are What Matters Today