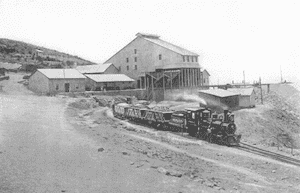 Strong opportunities for silver and gold discovery exist in Mexico even five centuries after the birth of the industry in the country.

Mexico has a rich mining history that spans almost 500 years, and it has long led the world in silver production, taking the top spot again in 2017 with output of 5,600 MT of the precious metal.

Mexico is also among the world’s leading economies and is the second-largest economy in Latin America. The country owes its prominent rank in large part to its longstanding and thriving mining industry, which is expected to grow by 3.3 percent annually to reach a value of $17.8 billion in 2020.

Guanajuato: Birthplace of the nation and its epic silver-mining industry

Silver is so woven into the fabric of Mexico’s history and its future that it’s hardly a surprise to learn that the birthplace of the country’s nationhood is the same ground from which its silver legacy originates. It was in the central state of Guanajuato, in the city of Dolores, that Catholic priest Miguel Hidalgo lit the spark for Mexico’s war of independence from Spain in 1810. Centuries before, Guanajuato had already become the center of the world for silver production.

In 1558, the discovery of an impressive metals-laden epithermal vein aptly named Veta Madre, or “Mother Vein,” triggered a period of frenzied exploration in the region and the beginning of Mexico’s longstanding reign as the world’s premier silver producer.

By the mid-18th century, Guanajuato was the world’s leading silver district. The crown jewel for the district was the La Valenciana mine, which began production in 1774. Supported by Veta Madre, Valenciana was once the largest silver-producing mine in Mexico, providing 25 percent of the world’s silver.

Today, Guanajuato still holds court as one of Mexico’s principal silver-producing states, which makes perfect sense given that it hosts parts of three mineral-rich geographic formations: the Sierra Madre Oriental, the Trans-Mexican Volcanic Belt and the Mexican Plateau. The region has produced an estimated 1 to 1.2 billion ounces of silver and 5 to 6 million ounces of gold.

The Veta Madre silver-gold structure remains the primary vein in the Guanajuato silver district, and the 25-kilometer-long trend hosts several significant silver and gold deposits, as well as copper, lead and zinc. The region is home to Endeavour Silver’s (TSX:EDR,NYSE:EXK) El Cubo and Bolañitos mines and Great Panther Silver’s (TSX:GPR,NYSEMKT:GPL) Guanajuato Mine Complex.

Resurgence in silver exploration and development

The Guanajuato Silver District is experiencing a resurgence in activity with Canadian resource companies looking to score big on the opportunities still yet to be discovered. And the presence of successfully producing companies such as Great Panther and Endeavour speaks to the excellent infrastructure, mining services and skilled labor pool within the district.

Vangold Mining (TSXV:VAN,OTCMKTS:VGLDF) has built a portfolio of nine projects, the majority of which are located in Guanajuato, and several are on strike with or near the Veta Madre vein. Vangold’s flagship property, the historic high-grade El Pinguico mine, hosts the Pinguico vein, which is considered to be at the top of the Veta Madre vein system.

Pinguico was another of Guanajuato’s gold and silver producers, and is located 11 kilometers away from the Valenciana mine. During its time in production between 1908 and 1913, Pinguico reportedly produced more 2.3 million ounces of silver within 16 months across 1908 and 1909. That production rate was maintained until the mine was unexpectedly forced to close in 1913 due to a national conflict that went on to be the Mexican revolution.

Due to the closure, the mine was left with 700,000 tonnes of stockpiled ore left at surface and underground. This included a 200,000-tonne waste pile grading an average 2 g/t gold equivalent, as the production cut-off grade was 15 g/t gold, Cameron King, president and CEO of Vangold, informed the Investing News Network. The additional 500,000 tonnes are located underground, as they were left in the stope; a result of the mining method used during production, shrinkage stope mining, with which the operators would blast from below and use hoists to raise the ore. Vangold conducted assays on the underground stockpiles in 2017, with results including 1.75 g/t gold and 183.58 g/t silver.

Vangold is looking to complete a preliminary economic assessment on the El Pinguico project within the next year, and it will include data from a Phase 2 drill program targeting the lower El Pinguico vein extension located below the old workings of the El Carmen and El Pinguico mines.

In early 2018, Great Panther Silver announced an updated mineral resource estimate for its Guanajuato Mine Complex, which saw resources in the measured and indicated category increase by 91 percent from the 2016 estimate to 13.62 million silver equivalent ounces, while indicated resources increased by 58 percent to 2.51 million silver equivalent ounces. The complex hosts several deposits, including those mined at both San Ignacio and Guanajuato as well as the El Horcon project under development.

The low-sulfidation epithermal deposits at Great Panther’s Guanajuato property are unique in that they possess a vertical depth of greater than 600 meters, which is rare for this type of deposit. The deep extensions of mineralization have allowed the company to successfully replace what it mines each year. In fact, about 30 percent of annual production comes from zones outside of the official resource.

Even after five centuries, opportunity remains

Mexico’s mining industry is going strong even after nearly half a millennium. Investment, particularly in gold and silver, is expected to fuel an increase in Mexico’s mining industry value from $15.7 billion in 2016 to $17.8 billion by 2020. “For the second year in a row, BMI Research says the Central American nation will see one of the strongest recoveries regionally, due to a solid pipeline of projects, competitive operating costs, supportive government policies and rising metal prices,” reported Mining Technology.

With rising prices for gold and silver, and the significant opportunities for developing high-grade projects in mineral-rich regions such as Guanajuato, junior resource companies have plenty of upside to gain in Mexico’s world-class mining industry.

Comments are closed.
×
See our exclusive index of Silver companies on the move
EXPLORE