Bre-X investors lost their last hope of compensation this month — how can investors avoid getting taken by modern-day scammers? 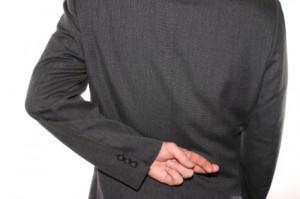 This article was originally published on Gold Investing News on March 27, 2013.
Investors involved in the storied Bre-X Minerals mining fraud will get no compensation, an Ontario judge ruled this month.

The court had been considering what to do about the class-action lawsuit raised against the company by swindled investors hoping to receive cash as compensation.
But the case has dragged on for 16 years, and the court found that if the class-action suit was successful, there would be no money left in the Bre-X estate to pay litigants.
“In the Bre-X case … there was a lack of sufficient financial resources to continue the litigation and no meaningful prospect of the Bre-X estate making a significant recovery,” said Vital Adam, a spokesman for Deloitte & Touche, the firm acting as bankruptcy trustee for Bre-X.
The judge agreed, and will therefore stay legal claims against the company, bringing to a close the saga of one of the biggest losses of investor money in the history of Canada’s stock markets.
It’s a sobering reminder that investors have little recourse once they’ve put their money into a dodgy stock. Investors involved in the more recent pump-and-run perpetrated by Southwestern Resources have similarly received little relief.
In that case, Southwestern’s former CEO, John Paterson, pleaded guilty last year to four counts of fraud for distributing hundreds of bogus assay results in order to boost the company’s share price. Southwestern had a prospective gold property in China.
Officials have tried to beef up surveillance in the wake of these scandals, but most industry insiders admit that no amount of rule making can prevent determined scammers from coming up with a way to game the system.
The only real defense is for investors themselves to learn to recognize fraud — or at least spot red flags that suggest something unusual about a company or project.

Court proceedings by class-action litigants against Bre-X reveal a number of basic warning signs about the company’s Busang gold project in Indonesia. These signs should have given investors and the professionals who consulted on the company pause for thought.
Some of these red flags were technical minutiae, such as the fact that the gold in Bre-X samples was described by consultants as “relatively coarse nuggets” — this despite the fact that no visible gold was ever observed in drill cores from Busang.
Other oddities about Busang would have required some level of technical knowledge to recognize. For instance, metallurgical gold recoveries came in at 93 percent, a very high number for a primary gold deposit, suggesting something unusual about the contained gold.
But many of the oddities about the project should have been apparent to any person asking the right questions.
Like Bre-X’s corporate behavior.
The company followed a number of very unusual procedures. For example, crushing and analyzing nearly the entire mass of drill core from its test holes, saving only a 10-centimeter sliver from each core.
That contrasts with the usual practice: sending half the core for analysis and saving the unused half in case further analyses are required.
There were also oddities in the way management selected drill intervals for analysis in that the company only sent core lengths from “mineralized zones” to the laboratory.
While that might sound sensible, it’s difficult to understand how geologists could possibly implement this policy.
That’s because it’s almost impossible to visually identify mineralized zones in drill core, especially for a bulk-tonnage deposit of the type Bre-X was supposedly working on.
It thus would have been almost impossible for company geologists to know which were the gold-bearing intervals to be sent for assay. That’s why most companies analyze the entire length of core drilled in order to empirically test where the mineralized zones are.
Even on the off chance that Bre-X geologists could have eyeballed mineralized zones in drill core, it would still be unusual not to send all of the core to the lab. Once core has been drilled, the incremental cost to analyze it is small — usually 10 or 20 percent. Companies therefore generally analyze everything to make sure they don’t miss any mineralization.

The lesson is: details matter.
Fraudulent companies do unusual things to cover their tracks, but they’re not going to advertise these oddities on their website or in their press releases.
Investors need to spend time digging through more esoteric information, such as technical reports, financial statements and annual information forms, to look for details that are out of the ordinary.
But there’s good news. Readers don’t have to be technical whiz kids to spot red flags within these documents. They simply have to pay attention.
One way to do that is to check a deposit’s details against others in the region. In the Bre-X case, such an examination would have revealed few examples of disseminated gold ores showing coarse gold as was supposedly the case at Busang.
Essentially, if a company’s claims don’t fit with the regional geology, caution should be the word.

Don’t rely on the experts

Ironically, today’s stricter reporting rules may be preventing investors from doing this kind of due diligence.
Reporting systems like NI 43-101 make companies jump through a lot of hoops when filing reports, giving investors a sense that fraud is difficult or impossible.
One of the main checks under these rules is independent verification. A “qualified person” (QP) must sign off on important details, including data on quality control for exploration results. The QP’s review of this information is supposed to flag irregularities like the kind found in Bre-X’s program.
But workers on the front line of the industry say the situation is less safe than is widely believed.
“For me, the disturbing issue is how open to interpretation the 43-101 process is,” said a staff member at one analytical laboratory that handles assays for exploration programs. “QPs are free to accept or reject all data and methodologies as long as they sign off saying they endorse them. This means that in many ways, we rely quite heavily on the reputation of the people involved.”
That was certainly true in the Bre-X case: several leading consulting groups were blessing the project as investors poured millions into the company.
But after the fraud came to light, class-action filings revealed that these firms weren’t as confident as they initially reported. Reviews of meeting notes revealed that some firms had recognized irregularities early on in their due diligence.
All the more reason for serious mining investors to take it upon themselves to do a little reading and get to know the companies they buy into.

Related reading:
JORC vs. NI 43-101: How Much Should Resource Rules Protect Investors?

3 responses to “How to Recognize Mining Fraud”