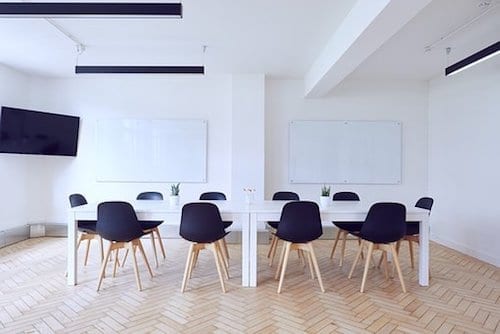 Detour Gold has made the decision to postpone a shareholder meeting by two days after early voting results showed Paulson has won a majority.

Detour Gold (TSX:DGC) has postponed its planned shareholders meeting after learning that a bloc of investors have sided with Paulson & Co on its quest to overthrow Detour’s board.

The miner announced on Monday (December 10) that it would push the important meeting back by two days in order to give shareholders an opportunity to make a more informed choice on who should have control over Detour’s board.

“Preliminary voting results indicate that vote dispersion, coupled with a significant shareholding bloc having voted with Paulson & Co, will lead to a change of control of Detour Gold’s board of directors,” stated James Gowans, P. Eng., a member of Detour Gold’s board who has not been nominated to be removed at the meeting.

“This result would be inconsistent with the intentions expressed to Detour Gold by the vast majority of shareholders we have spoken with,” he added.

Gowans also noted that shareholders could still seek to change their votes.

On Monday, a group holding approximately 24 percent of Detour’s shares voted for the removal of all Detour’s eight board members named in Paulson’s requisition. Despite being a small number of shareholders, this group holds a substantial voting bloc, the miner revealed.

“The company is concerned that had shareholders been aware of this group they may have voted differently,” Gowans stated.

Detour is uneasy with the voting result, stating that if Paulson were to obtain a majority of the board, it would have the ability to appoint board members or other individuals as directors at its discretion. Essentially, the miner’s governing body would be run by Paulson.

The company does not intend to force persuasion upon the voting members, but rather wants to make sure that those involved have all the information in order to create the fairest vote possible.

“If shareholders have concerns about this vote leading to a change of control, they can seek to change their votes. If, instead, they wish to stand by their decision, the company completely respects that choice,” Gowans said.

Adding, “[w]hatever shareholders choose will be respected. Our goal is simply to be transparent and provide the information needed to make an informed vote.”

In response to the meeting change, Paulson released a statement, saying Detour Gold shareholders don’t know the exact vote because the entrenched board was releasing information selectively in a “misleading fashion” in an attempt to scare shareholders into changing their votes.

“We know that the board’s efforts to get shareholders to pull their votes over the past weekend didn’t work, as disgusted shareholders stood strong. Now the board has extended deadlines and postponed the meeting. The board’s continued shameful attempts to ignore the will of shareholders are desperate moves to entrench themselves at the expense of the company,” it added.

Paulson and Co began the process of prompting a change in Detour’s board as it felt that the miner’s directors failed to recruit a management team that could realize the inherent value of the Detour Lake mine.

The miner acquired the property in January 2007, completed a feasibility study in June 2010 and commenced gold production in February 2013. The Detour Lake operation has a mine life of approximately 23 years with an average gold production of 659,000 ounces per year, which includes the development of the West Detour project which is currently being permitted.