Goldcorp is sticking to its plan of increasing production while gradually bringing costs under control, the world’s largest gold miner by current market value said Thursday in response to a negative earnings report. 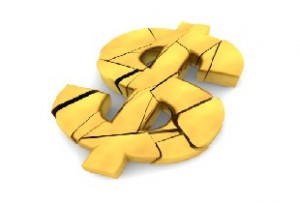 Goldcorp (NYSE:GG,TSX:G), is sticking to its plan of increasing production while gradually bringing costs under control, the world’s largest gold miner by current market value said Thursday in response to a negative earnings report.

Goldcorp’s share price, along with other gold mining majors, has taken a thumping in recent months, with many investors fleeing the sector as gold equities fail to keep pace with the price of the precious metal. That exodus accelerated when the gold price took a precipitous drop in April, tumbling 8.5 percent in one day and dropping through the $1,400-per-ounce support level. Though the gold price has recovered around half of that value to date, investors remain wary.

Goldcorp’s shares this year have slumped 20 percent which, while certainly cause for concern, is actually a better performance than rival Barrick Gold (NYSE:ABX,TSX:ABX), which has been massacred with a 44-percent decline, according to MINING.com, which has tracked the stock declines of the major gold producers.

On Thursday, Goldcorp CEO Chuck Jeannes faced criticism in a conference call where he defended the company’s cost control strategy and said the recent drop in the gold price will not force the company to change course. As reported by Kitco:

“Our conservatism over the past years and how we’ve financed our growth today provides us excellent flexibility in weathering lower gold prices,” Jeannes said. “That flexibility means that we’re not going to take knee-jerk reactions to a short term price move, instead, we’ve run sensitivities, like we always do, and we’re looking at spending priorities to determine where we would make reductions or deferrals in our spending programs in the event of a lower sustained price.

“Our balance sheet is in great shape with over $2 billion in cash and over $4 billion in available liquidity,” he said.

Kitco also reported Jeannes as saying that he does not believe that gold is entering a bear market, but rather, “a mid-cycle correction,” and that the metal’s long-term fundamentals remain in place. Still, he admitted in a news release that Goldcorp has implemented a contingency plan that will defer capital spending should deteriorating market conditions warrant.

Goldcorp is retaining its 2013 production guidance of between 2.55 and 2.8 million ounces at cash costs of $1,000 to $1,100 an ounce, with an expected ramp up in production at Pueblo Viejo, the recently started gold mine in the Dominican Republic that it co-owns with Barrick.

Kinross Gold (NYSE:KGC, TSX:K) said it will move into the feasibility stage of its massive Tasiast gold project in Mauritania, the Canadian company said in announcing the results of a prefeasibility study this week. According to the PFS, the expected initial capex for the mine is US$2.7 billion. The prefeas is based on a pit design capturing a resource of about 10 million gold ounces, with average annual gold production of 830,000 ounces per year. Using a gold price of $1,500 an ounce, the project has an estimated net present value of $1.1 billion and an 11 percent internal rate of return. The Financial Post called the IRR “meagre” considering the scale and high risks of the project, and noted the base case price is below the current price of bullion. Tasiast was the jewel in the crown of Kinross’ takeover of Red Back Mining in 2010, but the project has been troublesome for the company, with Kinross taking a $3.2 billion writedown in February largely due to Tasiast.

Colorado Resources (TSXV:CXO) is junior mining’s belle of the ball this week. The company’s stock shot up 493 percent on the TSX Venture in the five days following its April 25 publication of the first two drill holes from its North Rok property in British Columbia. On Thursday alone the shares gained 28.99 percent. The highlight, from the first hole, was 0.63 percent copper and 0.85 grams per tonne of gold at 242 meters.

Drill results from Metals Creek Resources (TSXV:MEK) returned three separate gold zones with the upper zone returning 3.91 g/t gold over 11.4 meters, including a higher grade interval of 8.7 g/t over 3 meters. The 8-hole drill program tested targets in the Thomas Ogden Zone of the Ogden Gold Project near Timmins, Ontario. Metals Creek has a 50/50 joint venture with Goldcorp to explore the property, including the former Naybob gold mine.

Roxgold (TSXV:ROG) reported results from metallurgical drilling at the Yaramoko permit in Burkina Faso. Results include 29.73 grams per tonne (gpt) gold over 28.8 meters, and 27.62 gpt gold over 7.3 meters.

Integra Gold (TSXV:ICG) completed the first phase of metallurgical testing at its Lamaque gold project in Val d’Or, Québec. “Optimized flow sheets involving gravity separation followed by direct cyanidation indicates overall gold recovery of up to 92% for the South Cluster samples and up to 98% for the North Cluster samples,” Integra Gold said in a news release.

Gold investors had another nasty scare on Wednesday when bullion free-fell 2.2 percent due to investor jitters about a policy statement due out by the Federal Open Market Committe of the US Federal Reserve, which sets US monetary policy. However, the bearish sentiment changed when the FOMC did not indicate it would end its bond-buying program known as quantitative easing anytime soon. Previous pronouncements in that direction have caused gold to fall.

On Thursday gold was up due to an announcement from the European Central Bank that it would shave a quarter-percentage-point off its key interest rate. Bullion was also helped by a decline of European manufacturing activity in April. At the close in New York, spot gold was up $9.90 to $1,468.50 an ounce, while gold futures for July were up $21.10 to $1,467.30.