The gold price saw its biggest decline in nearly three years last month as considerable stock market losses resulted in the liquidation of gold positions bringing gold down more than 20 percent from a record high of $1920.30 per troy ounce and provoking a period of intense volatility for gold. 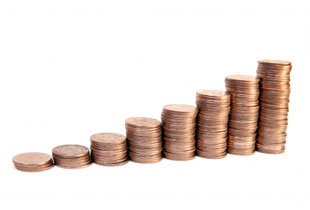 The gold price saw its biggest decline in nearly three years last month as considerable stock market losses resulted in the liquidation of gold positions bringing gold prices down more than 20 percent from a record high of $1920.30 per troy ounce and provoking a period of intense volatility for gold prices.

Gold prices climbed slightly to close at $1,641.60 per troy ounce, a gain of 1.6 percent on the basis that some renewed confidence of the European debt situation can be resolved, combined with relatively bullish economic data from the United States. The European Central Bank (ECB) maintained its benchmark rate levels, saying it will proceed with buying covered bonds again. The ECB President Jean-Claude Trichet indicated the intention to spend 40 billion euros over a 12 month period from November.

Investors will now await the release of the employment situation on Friday as a set of labor market indicators based on two separate surveys. Analysts and traders will be looking to this key data release as the unemployment rate is typically seen as a lagging indicator of general economic activity.

On an interview with Business News Network, Martin Murenbeeld, Chief Economist at Dundee Wealth, explains that the gold price has been volatile, based on global economic uncertainty; however, there is still plenty of room for upside. Speaking specifically about a medium and long term gold price catalysts, “The ECB has to take a page out of the Federal Reserve and push its balance sheet up quite dramatically. The Federal Reserve blew up its balance sheet from something like $800 billion to $2.8 trillion and that is the sort of thing the ECB will have to do.”

A large number of news headlines have shared Murenbeeld’s sentiments about the necessity to recapitalize the European banks, “Gold [prices] thrive on policies that are designed to get you out of the problems into which you have fallen. One of the classic problems that Europe is facing is a bank run. We are seeing it at the margins, individuals and corporations are moving their money out of the banking system. If this goes on unchecked we are going to have a huge bank run. The classic response on the part of the Central Bank is to come in with massive amounts of liquidity to basically stabilize the situation. Historically this has been extremely bullish for gold [prices] and I don’t see why that would not be the case now.”

Murenbeeld discussed his philosophy on obtaining positions of physical gold compared with gold equities favoring the Dynamic Precious Metals Fund, “at different times the different components are firing. When you have market stress like we are having now, gold equities do not fire that well, but gold bullion does. On the other hand, you could have situations where the equity market starts to rise, and gold bullion might not, but then gold equities will rise. So you are kind of playing both sides a little bit with that sort of fund. I think that’s the right kind of fund to have.”