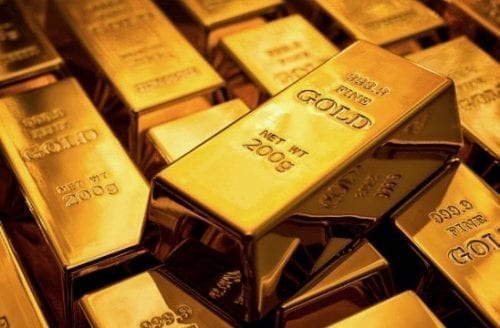 The gold price received a boost when US President Donald Trump requested increased tariffs on China, sparking concerns over a trade war.

The gold price rose on Monday (April 9) as the US dollar fell due to caution over the prospect of an escalation in the China-US trade dispute.

On Friday (April 6), trade war concerns increased after US President Donald Trump asked the US Trade Representative to consider an additional tariff on US$100 billion worth of Chinese products.

This statement from the president came one day after he attempted to squash trade concerns by letting the public know that no matter what happens between the two countries, he and President Xi will “always be friends” and that the US will prevail.

“China will take down its trade barriers because it is the right thing to do. Taxes will become reciprocal [and] a deal will be made on intellectual property. Great future for both countries!” he added.

China did not have the same response to the trade tensions as Trump. The Asian country has denied that there is an unfairness in its trade with the US and is more than willing to fight back “at any cost” should these proposed tariffs come to fruition.

This political volatility has left the greenback dipping and investors nervous. When investors fear the market, they respond by favoring safe havens like gold, pushing the price upward.

However, some market watchers believe that there will be no trade war in 2018, and that the dollar will rebound once tensions ease.

ABN Amro’s (AMS:ABN) senior precious metals and diamond analyst Georgette Boele predicts that once the tensions subside, gold will suffer due to the fact that the key driver for the yellow metal this year has been the US dollar.

“For the remainder of the year we expect that trade tensions between the US and China will not escalate into a trade war. It is likely that the US dollar will recover modestly if trade tensions ease and if the Fed continues to hike interest rates as we expect,” said Boele.

She added, “[i]f speculative long positions are squeezed, prices could even drop temporarily below US$1,250 per ounce and move into the direction of US$1,200 per ounce.”