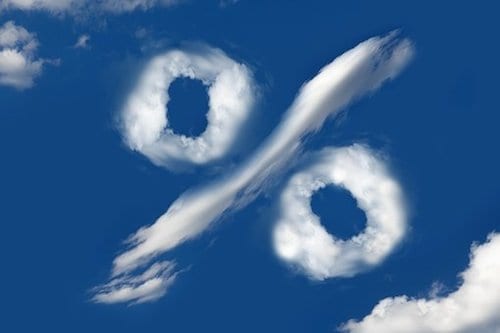 The Fed’s move to hike interest rates to 2.5 percent pushed gold down. However, next year’s outlook leaves hope for the yellow metal.

After two days of meetings on monetary policy, the US Federal Reserve officially announced its fourth and final interest rate hike of 2018 on Wednesday (December 19).

The Fed lifted the target federal funds rate by 25 basis points from 2.25 percent to 2.5 percent, leaving gold to trend down following the news. This was the Fed’s ninth hike in two years, and the decision to increase rates came despite a stock market selloff and stern warnings from US President Donald Trump.

“The Federal Reserve, in their FOMC statement today, remarked that they see a stable economy with low unemployment, strong household spending and an inflation rate which is within the targeted range. Given this outlook, it’s no surprise that they raised rates by 0.25 percent, up to 2.5 percent overall,” Brian Leni, founder of Junior Stock Review, told the Investing News Network.

The hike dampened gains gold made in the previous session, and continued a trend seen all year. Gold has fallen more than 5 percent in 2018 thanks to the greenback rallying on the back of an increasingly positive US economy, expectations of higher US interest rates and fears of a global trade war.

In the current market, investors are no longer seeking out precious metals as safe havens during times of geopolitical turmoil. Rather, they are favoring the US dollar as their safety net.

In addition to Wednesday’s interest rate hike, the markets are also reacting to the Fed’s guidance on interest rates for 2019. Fed Chairman Jerome Powell said he expects the Fed will hike interest rates twice in 2019, down from the previously forecasted three hikes.

Policymakers also alluded to the idea that they may soon pause their monetary tightening campaign, noting a median projection of one move in 2020.

This cooldown will more than likely put pressure on the greenback and give precious metals the opportunity to regain some of the momentum lost this year.

“I believe that further rate hikes in 2019 will be met with a lot of volatility and, ultimately, could be the tipping point for a 2008-style crash. Given that the market might see this coming, however, the black swan is most likely to come from another source,” Leni explained.

He added, “[i]t’s anyone’s guess as to how this plays out, but I think it’s safe to say, given the outlook, 2019 should be a good year for precious metals, gold in particular.”

Following the end of the two-day meeting in Washington, Powell said “economic activity has been rising at a strong rate.” Despite an outlook that is “roughly balanced,’’ officials pointed at potential threats from a softening world economy.

The Federal Open Market Committee (FOMC), “will continue to monitor global economic and financial developments and assess their implications for the economic outlook,” the statement says.

“I believe that there will be a price to pay for the monetary policies that the Fed has adopted over the last 10 years, and at some point there will have to be reconciliation. In saying this, I have no idea when the reconciliation will occur, but I do think we are getting closer,” Leni noted.