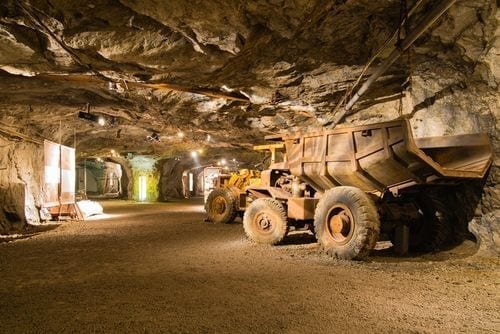 Quality infrastructure and mining-friendly policies have made Finland the most attractive mining investment jurisdiction.

Finland has very quietly become a world-class gold-mining country. The Nordic nation jumped to the top spot in the Fraser Institute’s 2017 ranking of investment attractiveness for mining jurisdictions, up from fifth place in 2016.

While not historically considered a major gold miner, Finland has become the European Union’s top producer of gold over the last decade, with much of the gold-mining activity taking place in just the past couple of years. Political stability, favorable policies and a high potential for big payoffs have led mining companies from around the world to the land of the midnight sun.

“We can only report positive things about the country. In comparison to many South American locations, for instance, the rules are clear, the authorities are supportive and even helpful. Property rights are entrenched,” said Michael Hepworth, CEO of Canadian mining company Nordic Gold (TSXV:FTR). Nordic acquired the Laiva gold project in Finland as its flagship project in early 2018.

Located on the Fennoscandian Shield, Finland shares geographic similarities with other mining hubs like Canada and Australia. Due to a diverse geologic history, the region is home to hundreds of gold deposits of varying ages and mineralization styles.

Exploration in Finland began in 1868, centuries later than many of its European neighbors. For most of Finland’s mining history, gold production has been secondary to that of base metals. This means that for nearly all of Finland’s history the country has been largely underexplored for gold-mining opportunities.

This has begun to change over the past decade. Despite the closures of some key base metals mines, Finland’s mining production has doubled over the past 10 years. The gold-mining boom in Finland has largely been led by foreign companies, many of which are coming from Canada.

Politically, socially and economically, it’s not hard to see what it is about Finland that is so attractive to foreign mining companies. By a number of metrics, Finland is one of the most stable countries in the world. Strong rule of law with very little government corruption means a much safer bet for mining companies looking to invest millions in properties and exploration programs within the country. That’s in contrast to other potentially profitable but far riskier jurisdictions in places like South America or Africa.

With a corporate tax rate of just 20 percent, Finland’s government is very friendly to mining companies. The country’s regulatory framework is also transparent and very easy to navigate in comparison to many other jurisdictions.

“The Finns are working very hard to make sure that the permitting is obviously strictly managed but not unrealistically withheld, and so they have very clear and favorable mining and exploration regulations. As long as you follow those, Finland is a good place to work,” said Hepworth. “It’s really got everything.”

Finland’s world-class infrastructure is another big selling point for mining companies. Electricity is reliable and inexpensive and the country sports high-quality, well-maintained paved roads, even in rural and remote areas, along with a comprehensive network of railways, canals, waterways and sea lanes. The public sector also offers mining companies a range of services to make operating in the country easier, such as excellent access to data and information via a number of geological databases available online.

Finland enjoys one of the highest standards of living in the world, which translates to a strong pool of skilled and well-educated workers. The small country boasts 14 universities and 24 polytechnic institutions with free tuition, ensuring that the country offers a constantly replenished and competitive skilled labor market.

It was that transparency in regulatory framework as well as the lack of corruption that made up a big part of Nordic’s decision to operate in Finland. Having previously worked in Paraguay, the company immediately saw the benefits in working within a much more stable jurisdiction.

This thinking is echoed by Agnico Eagle Mines (TSX:AEM,NYSE:AEM), another Canadian company conducting mining in Finland. “This is a stable country, there is very little corruption, the collaboration with authorities and the government is transparent and fair and the basic education level is good,” Agnico Eagle Finland CEO Jani Lösönen told Mining Journal.

Currently, Nordic’s main focus is bringing the past-producing Laiva mine back into production, a goal the company plans to accomplish by August 2018. The mine is now fully permitted and funded for production with an updated measured and indicated resource estimate of 151,00 ounces of gold, as well as 445,000 ounces inferred.

Laiva will be just one of the major producers in the country. The Suurikuusikko mine — also known as the Kittilä mine — is currently under production by Agnico Eagle. One of the largest gold mines in Europe, Kittilä produced 177,374 ounces of gold in 2015 and is expected to keep producing until 2035.

The Pampalo mine, meanwhile, is being operated by Swedish company Endomines (STO:ENDO) and produced 114,372 tonnes grading 15.3 grams of gold per ton during its test mining run in the 1990s. The Orivesi mine produced 422,000 ounces of gold during its original production run from 1992 to 2003 and was brought back into production by Australian company Dragon Mining (ASX:DRA) in 2007.

There are thought to be 100 potential gold-producing sites within Finland’s borders. A few of these opportunities are currently in the development stage. The Pahtavaara mine was acquired by Canadian company Rupert Resources (TSXV:RUP) in 2016, and Rupert significantly expanded the claim in 2017. Projects under exploration include the Kuotko, Aamurusko, Rompas-Palokas and Satulinmäki mines.

It’s easy to see why Finland has become the number-one mining jurisdiction in the world. The Finnish government has gone out of its way to make the country attractive to mining companies with a crystal-clear regulatory system, easy to navigate rules and a stellar reputation for anticorruption. As a result, the gold business is booming in the country and will likely continue to do so for some time.

2 responses to “Gold Mining in Finland is Booming”

Comments are closed.
×
See our exclusive index of Gold companies on the move
EXPLORE
Tweets by INN_Gold