Gold mining companies want to make themselves more attractive and they are showing a willingness to pay for some love from investors. 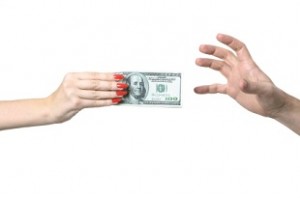 During the recent gold bull run, investors interested in gold flocked to a variety of investment options including bullion and ETFs. Gold prices have made historic gains, but the performance of gold equities has not followed suit. In an attempt to become more attractive for gold investors, miners, both large and small, have grown more inclined to share their wealth through dividend payments.

Gold mining companies haven’t always shown their current enthusiasm for cutting investors in on the profits, but then again, most didn’t have nearly as much cash to share. Soaring prices led to margins that swelled far above costs resulting in record revenues for many miners. This has given them the ability to dole out more cash to shareholders, invest in projects and still have ample cash for comfort.

Barrick Gold (TSX:ABX,NYSE:ABX) is a prime example. The company, which says it has a practice of paying a progressive dividend, recently announced a boost in its dividend from .12 to .15 cents per share while also noting that it could continue to make high return investments in its project pipeline.

Yamana (TSX:YRI,NYSE:AUY,LSE:YAU) which earlier this month announced its second dividend increase for the year, from .18 to .20 cents is another miner that has also made a commitment to continue the trend of returning greater value to shareholders.

All gold mining companies have not employed the same strategy with regards to making dividend payments, which may be a good thing for investors. That they are forming dividend policies more on an individual basis than on a competitive basis may reduce the risk of investors getting lured into offerings that are unsustainable.

Newmont (NYSE:NEM), which announced that its fourth quarter dividend would move up to .35 cents from the third quarter rate of .30 cents, made a record-setting move this year by linking its dividend to the gold price. The company later sweetened that deal with a “step up” feature that boosts the dividend even further when its realized quarterly gold price exceeds $1,700 per ounce.

However, Gold Fields (NYSE:GFI,JNB:GFI) CEO Nick Holland said he has looked at what others are doing and made it clear that gold linked dividends aren’t his company’s style. Holland said Gold Fields pays dividends out of earnings, not based on gold price and they do so annually, not quarterly.

While some miners have been in the habit of offering dividends for years, for others the practice is new.

Earlier this month, SEMAFO (TSX:SMF), which operates in West Africa, announced its inaugural dividend of .02 per share.

Nevsun (TSX:NSU,AMEX:NSU,NYSE:NSU) announced that it would starting paying a semi-annual dividend of .03 cents per share in May, noting that the successful startup of the high grade, low cost Bisha mine in Eritrea was the start of significant cash flow for the company. Yesterday, the company announced an increase to .05 per share.

Though there are critics who point out that the dividends from gold mining equities can’t stand up to those offered in some other industries that so many miners are doling out more of their cash to shareholders is a positive showing.

The trend reveals that gold mining companies are optimistic about the future.

When announcing the company’s dividend increase, Peter Marrone, Chairman and CEO of Yamana expressed confidence in the commodity price environment and the company’s ability to execute future growth and continued growth in cash and cash flow.

Gold miners positive attitudes toward dividend payments also helps to sell the case of those who insist that gold mining equities are growing increasingly attractive.

Miners and market watchers point the industry’s lagging share prices, production increases and the accrual of cash as proof that gold mining stocks are deeply discounted. And, if predictions are correct, and 2012 holds an even brighter future for gold prices, there will be an even larger cushion of cash between the amount it costs to pull gold out of the ground and the amount it is sold for, which should translate into even more phenomenal profits.

I, Michelle Smith, do not hold any equity interests in the aforementioned companies.