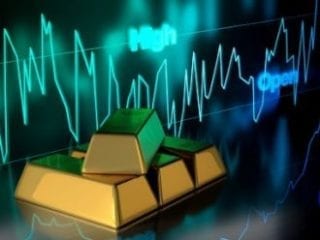 Nitesh Shah, commodities strategist at ETF Securities, discusses the factors that will drive the gold market in the fourth quarter of 2017.

The gold price has been surging in the last three months, supported by increasing geopolitical tensions. In fact, the metal broke the $1,300-per-ounce mark in August.
However, despite a stronger dollar and a hawkish tone from the US Federal Reserve, gold has been holding near that level for the past weeks. On Wednesday (September 27), gold was trading at around $1,290.
To get more insight on what’s ahead for gold in the last quarter of the year, the Investing News Network reached out to Nitesh Shah, commodities strategist at ETF Securities. Read on to find out what he had to say about Q4 gold price drivers, how to invest in gold and where gold may go for the rest of the year.

As mentioned, geopolitical developments have been one of the major factors driving the gold price in the last few months. Most recently, tensions between the US and North Korea have escalated significantly, with warnings of “devastating” military actions by US President Donald Trump.
“What is happening with the continued saber-rattling between the US, North Korea and Japan will be one of the key catalysts for gold in the next few months,” Shah said.
Other geopolitical developments that could create uncertainty in the market include the outcome of the recent Kurdistan referendum and the possibility of further US sanctions in Venezuela and Iran. The formation of a government in Germany could also lead to uncertainty, but Shah believes that won’t have a major impact on the yellow metal.
The Fed was another key gold price driver during Q3. The central bank has hinted at tighter monetary policy going forward, and at its last meeting suggested it will implement one more interest rate hike later this year and another three in 2018.
Shah said that it is real interest rates that will give investors an idea of where the gold price may be heading in the last quarter. “It is important to understand how real interest rates are developing, which are the ones that really matter for gold prices,” he said.
The analyst expects increasing inflation to bring down real interest rates. That means “despite nominal interest rates increasing, the environment will not be all that negative for gold prices.” Other gold market watchers have also suggested that it is key to watch real interest rates.
The Fed also announced it will start reducing its balance sheet in October, but Shah thinks that the market has already priced that in. That said, he also commented, “if the Fed become more aggressive in tightening, then I believe gold prices will be impacted further.”


Give me my free report!
In addition, it will be important to watch for the workings of other central banks worldwide, said Shah. “The extent to which the European Central Bank, the Bank of Japan and others start or continue with their easing programs or not will also impact the demand of non-yield assets like gold,” he explained.
Gold purchases from central banks could impact the yellow metal in the last quarter as well. This year, there has been continued buying from Russia, Kazakhstan and Turkey, but a complete absence of purchases from China. “If China makes a comeback to the market and starts to buy gold again, that could push demand and keep prices higher,” Shah said.

Although many analysts believe gold is on track to reach $1,400, Shah said ETF Securities has a more bearish forecast. The firm estimates that gold will trade around $1,260 in the last quarter of the year, and is calling for the gold price to reach $1,230 by the middle of 2018.
Shah explained that this outlook is based on the absence of elevated geopolitical risk. “Our price prediction is based on the Fed interest rate hike expected later this year, the unwinding of their balance sheet, a small appreciation of the US dollar and an increase in inflation,” he said.
Investors looking to jump into the market have many options, from stocks to physical gold. But Shah recommended traders look into exchange-traded products (ETPs), which are generally benchmarked to stocks, commodities or indices. The most well-known ETPs are exchange-traded funds, or ETFs.
The main difference between ETPs and physical gold is cost, since buying bullion is very expensive. That’s why ETPs tend to be the easiest solution, Shah explained. “Most ETPs are backed by physical gold, so they also drive physical demand for gold,” he added.
Inflows into gold ETPs rose to $39.3 million in the past week, and they could continue to be a good option for investors if geopolitical tensions keep rising. “ETP inflows have been strongly positive during Q3, as there’s been an increasing desire to put hedges into portfolios against geopolitical risks,” Shah said.
For more perspectives on the gold price, check back for our Q3 gold price update and Q4 outlook. And don’t forget to follow us @INN_Resource for real-time news updates!
Securities Disclosure: I, Priscila Barrera, hold no direct investment interest in any company mentioned in this article.
Editorial Disclosure: The Investing News Network does not guarantee the accuracy or thoroughness of the information reported in contributed article. The opinions expressed in these interviews do not reflect the opinions of the Investing News Network and do not constitute investment advice. All readers are encouraged to perform their own due diligence.