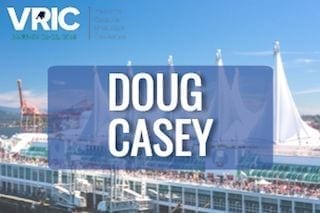 Doug Casey of Casey Research explains why he thinks the next bubble will be in mining, and what investors can do to profit.

There’s a lot of hype about cryptocurrencies and cannabis stocks, says Doug Casey of Casey Research in this interview, and that means it may be too late for investors to make money in those sectors.
So where is the best place to put money in 2018? Speaking to the Investing News Network at the recent Vancouver Resource Investment Conference, Casey suggested looking at the mining industry.
“I think the next bubble — and it’s very logical — is going to be in gold and silver and other metals. They’re the only things in the world that are cheap right now. Everything else is sky high and promoted, but nobody cares about the mining stocks,” he explained.
Casey continued, “when these little mining stocks run, they don’t just double, they go 10 to one, they go 50 to one. I think a smart speculator, as opposed to an investor … would put his money into small mining exploration companies.”
Watch the video above for more insight from Casey on cryptocurrencies, as well as the cannabis and mining industries. The transcript for this interview is available below.

INN: We’re here at the Vancouver Resource Investment Conference. I think many people came here wondering where they should put their money in 2018. What would you say to them?

So here in Vancouver, the way it works is that like in 2000 — remember the internet bubble — there were a lot of busted mining companies that overnight turned into internet companies; [they] subsequently went bust, and then after that became uranium companies, which went from six in the world to about 500. Then they all went bust. So what I want to say is this: if you’re looking for a place to invest, it may be a little bit late in the day to invest in blockchain or bitcoin-mining companies and/or marijuana companies. They’re a little bit too popular right now.

INN: You mentioned in your talk that we just were at [that mining] could be the next bubble. Can you talk a little bit on that?

DC: My argument is this, it’s that since 2007, governments all over the world, not just the Americans — the Europeans, the Chinese, the Japanese and all the little governments — have created trillions and trillions, scores of trillions, of new currency units to bail out their banks and insurance companies, to prop up the general structure. And most of those currency units have gone into the stock market and into the bond market, which is in a hyperbubble all over the world, and into real estate.

They’re continuing to print up money. They’re going to create other bubbles. We’ve had a bitcoin bubble, a marijuana bubble very recently. I think the next bubble — and it’s very logical — is going to be in gold and silver and other metals. They’re the only things in the world that are cheap right now. Everything else is sky high and promoted, but nobody cares about the mining stocks. I want to be there for that reason, because it’s cyclical. When these little mining stocks run, they don’t just double, they go 10 to one, they go 50 to one. I think a smart speculator, as opposed to an investor — that’s another subject … entirely — would put his money into small mining exploration companies.

INN: Any specific companies you would mention or characteristics that you look for?

DC: All I can do is talk my book and say what I’m a big shareholder in. One company that I own a lot of and have for some time, is a company called Metalla Royalty and Streaming (CSE:MTA), which is now the only company on the Vancouver Stock Exchange that pays a dividend; it pays a monthly dividend, and it’s about to double its dividend. It’s trading at 70 cents, and I think it’s going a lot higher.

Why? Because royalty companies are historically the safest way to invest in mining. They don’t have any of the big yellow trucks or any of that. They just pay money to buy a royalty stream from somebody who’s mining. And since Metalla is very small, it’s able to buy small royalties from small companies. It’s a space in the market where nobody else is. That’s a tip. But don’t don’t buy the stock because you heard about it on television. You’ve got to do some research. There’s a number I could draw your attention to, and that’s just one of them.

INN: You did mention a specific advantage people in Vancouver have when they’re doing their research. They can go and see the mining companies. What questions should they be asking?

DC: Over the years, I’ve developed what I call the nine Ps — it’s a mnemonic, but there are so may Ps I can’t remember them all myself. The first mnemonic is people. You’ve got to get to know the people, and if it’s a suede shoe guy who you wouldn’t buy a used car from, don’t buy a mining stock from him either.

And then the property. You’ve got to know a little bit about geology and so forth. And then the politics — what country is it in? You’ve got to know something about that. And the financing, spelled with a “Ph.” How much money do they have, and how much more are they going to have to raise and how diluted will that be? And the paper — who owns all the paper out there? There’s a list I go through and everybody should go through when they’re analyzing the stocks. You can go on our website: caseyresearch.com. We have the nine Ps listed there. They’re worth studying.

INN: The last time we spoke, you talked a little about bubbles — the bubble in the stock market and why that’s a problem. I imagine it’s difficult to predict when that’s going to burst, but what are some signs that people can look at and say, “okay, that’s approaching now.”

DC: The fact is that, stocks are by all measures — price-to-earnings ratio, price-to-book value ratio — every way you look at the stock market, it’s in a bubble. It’s at unreasonable levels, and the reason it’s in a bubble is because the central banks are creating trillions and trillions of currency units that are flowing into the financial markets.

The fact [is] that there are certain sectors in the market that are super double hot because of all this hot money flying around. Generally speaking, with some exceptions, like the mining stocks at the moment, it’s not a good time to be in the stock market. I know people aren’t going to want to hear that, they’re not going to believe it. I know the arguments why the stock market could go higher, and they may be right for the short term. But that’s just my opinion.

INN: Where is gold in all of this? We’ve talked a little bit about mining stocks and things, but where is the gold price going this year, do you think?

DC: Gold is the only financial asset that is not simultaneously somebody else’s liability. In times of financial chaos, which we’re going to be seeing sooner, not later, people don’t want to hold paper. They want to hold something real, and gold is money in its basic form. So there’s going to be a bubble in gold, and I hope to capitalize on that. What comes after gold, I don’t know.

I mean, for instance, the marijuana stocks, they’re in a bubble right now. But I think that bubble can get bigger because I think the US is going to legalize marijuana on a national basis. That’s going to have a big effect. I mean, I wrote a book last year, last time I was on your show, called “Drug Lord.” I mean, I’m a child from the ‘60s and the ‘70s, and if you didn’t get into computers, you got into drugs in those days. I’m not personally a fan of drugs, but I think there’s a hysteria against them. So I wrote this novel “Drug Lord” as part of my effort to reform the reputations of unjustly besmirched and politically incorrect occupations. Another story, but I think the marijuana business is going to have legs — lots of problems — because [there are] hundreds of companies out there, and most of them are just junk. But the area, yeah, it’s going to get as big as the liquor business.

INN: Any final trends that you think investors should be aware of for the coming year?

DC: On a longer-term basis, western civilization itself is in big trouble, and it’s headed downhill. And it’s too bad, because western civilization’s the only civilization in the history of the planet that’s ever been worth the powder it would take to blow it to hell — most of them are worth nothing — and it’s sinking. I don’t what it’s going to be replaced by, but you can forget about things like individualism and personal liberty, and all the rest of this type of thing. But that’s big picture stuff that doesn’t really have an effect on the market here and now.

INN: In closing, when is your next book coming. What will it be about?

DC: My third novel will be “Assassin.” And I think it will be well timed because a lot these anti-thought people are talking about, “let’s assassinate Trump.” So it’s the next occupation our hero Charles Knight gets into, and we look at the history of assassinations, the morality of assassinations and whether there’s any point to them. I think that’s going to be the best of the three novels so far. Look out for that in August when it’s released.

Don’t forget to follow us @INN_Resource for real-time news updates!
Securities Disclosure: I, Charlotte McLeod, hold no direct investment interest in any company mentioned in this article.
Editorial Disclosure: The Investing News Network does not guarantee the accuracy or thoroughness of the information reported in the interviews it conducts. The opinions expressed in these interviews do not reflect the opinions of the Investing News Network and do not constitute investment advice. All readers are encouraged to perform their own due diligence.

One response to “VIDEO — Doug Casey: Will the Next Bubble Be in Mining?”