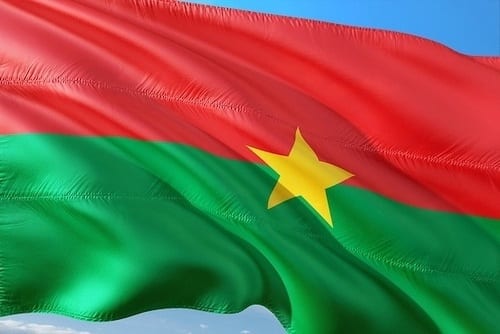 The latest report from SEMAFO states that 37 people are dead and 60 are wounded after a convoy was attacked en route to its Boungou mine.

Thirty-seven people are dead and 60 are wounded after a convoy transporting SEMAFO (TSX:SMF,OTC Pink:SEMFF) employees, contractors and suppliers was attacked.

SEMAFO, a gold producer with two mines in Burkina Faso, West Africa, first announced the news in a brief release on Wednesday (November 6), saying that the attack on the convoy happened en route from the city of Fada to its Boungou gold mine.

Few details were available at the time, with the company identifying “several fatalities and injuries,” but noting that Boungou was not affected. The incident took place about 40 kilometers from the mine.

In an update on Thursday (November 7), the company revealed the true scale of the attack and said that while Boungou remains secure, it has suspended operations at the site.

“We are devastated by this unprecedented attack. Our sincerest sympathies go out to the families and colleagues of the victims. Our priority is their safety, security and well being,” said Benoit Desormeaux, president and CEO of SEMAFO.

“Given the scale of the attack it will take some time to properly deal with it and we will do our utmost to support all those affected.”

According to the company, the convoy was made up of five buses and was escorted by military personnel. Reuters notes that it is still unclear who the attackers were, but states that the method of attack, which involved a bomb followed by gunfire, suggests that Islamist groups were involved.

The news outlet also explains that mining companies operating in Burkina Faso have had to spend more and more in recent years on security as violence in the country has increased. There have reportedly been dozens of attacks on mining operations, both large and small, since 2016.

One recent high-profile incident was the kidnapping and death of Canadian Kirk Woodman, an employee of privately owned Progress Mineral Mining Company. Woodman was killed after being abducted from a mine site in Northeastern Burkina Faso.

Despite tragedies like this, Burkina Faso’s low-cost environment and high geologic potential have kept miners interested in the African nation. The country produced 59.3 tonnes of gold in 2018, and the government has been been supporting the mining industry by investing in infrastructure.

“Because of the escalating security situation in Burkina, there are companies looking at decreasing their exposure to the country or leaving,” Bill Witham of the Australia-Africa Minerals & Energy Group told Reuters. “But the miners still see West Africa as a whole as quite a good investment.”

As of the end of Q3, SEMAFO had produced 271,000 ounces of gold across its two operations year-to-date, up 81 percent from the previous nine month period. Boungou accounted for 55,600 ounces of the company’s 68,800 gold ounces produced in Q3.

SEMAFO’s share price took a hit after the news, dropping from C$3.95 to C$3.39 in the immediate aftermath. After market close on Thursday the company was trading at C$3.32.

In a note to clients released on Wednesday, Tara Hassan of Raymond James said there could be fallout for other companies operating in the area.

“We expect this attack could impact investor sentiment for companies with exposure in Burkina Faso, particularly given the scale of this incident and the increase in security risks and incidents that have been reported in the Country,” she said.

All six experienced share price drops after the news.