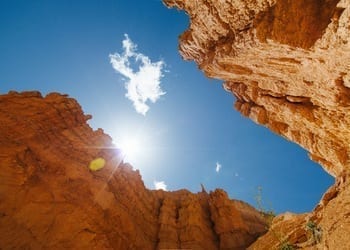 The Investing News Network recently caught up with Brent Cook of Exploration Insights to talk about the current state of the market and where he thinks the real bull market is.

The Investing News Network recently caught up with Brent Cook of Exploration Insights to talk about the current state of the market and where he thinks the real bull market is—in new discoveries.
Cook also mentions why gold “makes sense” as an investment at this point in time, and what changed his views on the yellow metal from negative to positive.
Finally, Cook shares a few new discoveries he’s been looking at lately.
Listen to the interview, or read the transcript below, for what he had to say:

Interview Transcript
INN: So, Brent, everyone is so excited that we’re in a bull market now, but where’s the real bull market?
BC: I think, I agree. We are in a bull market. I think what the real bull market is going to be, this is where we’re moving, is in discoveries. Most of the stocks in the GDXJ and GDX have risen altogether.
The problem the industry faces is there are not enough quality deposits, equality economic deposits, to go around. And that’s where the bull market’s really going to take off from here, is in new discoveries. We’re going to have a lot of fun with new discoveries.
INN: All right, interesting. One of the things you always talk about is, you like to find a reason to get out of a stock or not stick around waiting for hope. What are some things that investors can look for? Because I think it’s a good time to reiterate some of your most important points there.
BC: Yeah. I mean, in general, economic ore deposits are very rare beasts in Mother Nature. You’ve got to figure, a lot of things have to come together to make that deposit. And then it’s got to be in the right jurisdiction, the politics have got to be right. All those things come into play.
So, what happens more often than not is, a company will put out some nice results and samples, drill results, whatever, the stock prices start to increase but our job, since we know most of these are going to fail—this is what we really do at Exploration Insights—is identify the fatal flaw if there is one. Be it metallurgy, strip ratio, continuity, access, that sort of thing. Once we start to find these fatal flaws, it’s time to sell and get out and move on to the next one.
So, ironically, we can make really good money on a deposit that never amounts to anything. Occasionally, one keeps getting better. We like that. When they keep getting better, we hold or we can buy more. But those are very rare beasts.


Take Survey
INN: Right, and you have some information about fatal flaws on your website, is that right?
BC: That’s right. We’ve got an article we wrote, Joe and I wrote, that is available to anyone that’s interested. Just go there and request it under the “Contact Us.” It’s just a brief, rundown of what to look for, what sort of fatal flaws can be found by a bit of research.
INN: Okay. And I wanted to get your thought on the gold price as well. What does the future hold for the gold price over the next year?
BC: I think by the end of the year, it’ll be higher than it is today. I think next year, it’ll be higher than that. I mean, to me, what triggered my change in becoming positive – for the previous four years I was pretty negative. I wasn’t buying much. You know, we’ve talked about it. I was always like, “Eh…” But when I started seeing negative interest rates, that was the trigger in my mind that made gold something attractive to your normal investors. It was no longer just for the nut jobs and the tin hats in a cellar somewhere.
Gold is now a reasonable, intelligent alternative place to put your money. So, I think we’re going to see more and more of the general investor come into this sector. That’s what triggered my optimism, and I don’t see that changing. You look around at the geopolitics around the world, it’s rather scary. Then you look at what the central banks are doing, devaluing currencies, it’s… you know, gold makes sense now. It didn’t used to.
INN: Right, and speaking of geopolitics. Obviously, the Brexit vote had a big impact on the gold price, the Fed always does—it’s always something people are looking at—and the American election coming up. What are some key catalysts you’re looking at, that may impact the gold price?
BC: Certainly terror events, revolutions, that sort of thing. What happens in the US elections, I think, will affect the gold price somewhat, but I don’t know. I mean, my feeling is we’re going to get a steady, slow rise in the gold price. You know, ups and downs there but in general, over the year, you’ll see a line going up.  I don’t know what’s really going to trigger any major move. People calling for $5,000-$10,000 gold. I have a hard time with that. One reason, I don’t know what’s going to cause it. Number two, I don’t think that’s a world I want to live in.
INN: Yeah, fair enough. Okay. Finally, obviously, your subscribers get first insights into your picks, but since you’re so excited about discoveries, are there any new ones that you can tell us about, right now?
BC: I can mention a few, that are at this Sprott show, which is actually a really good show – that we’ve owned, that we bought earlier. So, they’re up considerably, but certainly Orex (TSXV:REX) and Canasil (TSXV:CLZ) have a new silver discovery in Mexico.
I was just on Colorado Resources’ (TSXV:CXO) project in the golden triangle. They don’t have a discovery yet, but it’s a big system, lots of alteration mineralization. Those can produce big deposits. So, I don’t see discovery there, but that’s certainly one to watch.
INN: Okay. Thank you for joining for me, Brent.
BC: You’re welcome. Any time.
Don’t forget to follow us @INN_Resource for real-time news updates!


Give me my free report!
Securities Disclosure: I, Teresa Matich, hold no direct investment interest in any company mentioned in this article.