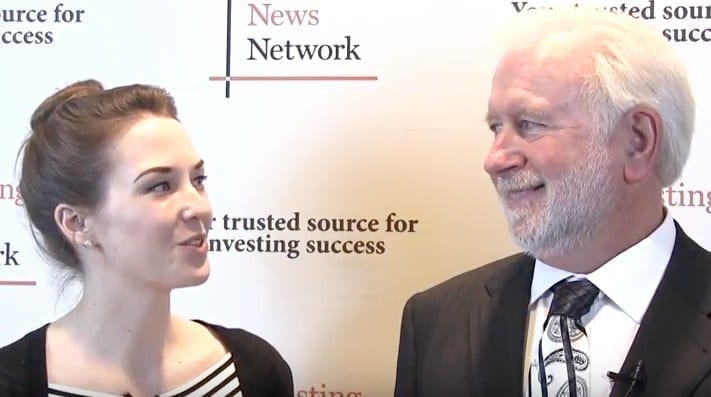 Major miners need to boost their reserves, says Brent Cook of Exploration Insights. And they’ll be looking at this type of junior to do so.

Major miners have cut back on exploration dramatically in the last few years, but according to Brent Cook of Exploration Insights, this year they’ve started moving back into that arena once again. And more importantly, they’re starting to fund juniors.
“They’ve put $370 million into juniors this year,” he said last week at the New Orleans Investment Conference. “They’re doing a bunch more joint ventures. They are just now beginning to recognize that they don’t have the future reserves to cover what they’re producing now.”
More and more majors are also looking to boost their reserves by acquiring juniors. Cook noted that seven companies that he and partner Joe Mazumdar invested in at Exploration Insights have been purchased recently, and he expects to see more of the same in the future.
However, he believes majors will have to start looking at a different type of junior moving forward. “It’s getting tougher. The easy ones were acquired last year,” he explained. “I think what we’re going to see is [majors] starting to pick up projects that are not to the feasibility stage, are not in production.”
Instead, he thinks they’ll be on the lookout for juniors with drill results coming out — “they’ll say, ‘we recognize that this may be large, we’ll buy this company early.'”
Watch the interview for more insight from Cook on acquisitions, red flags in the mining industry and what other metals he’s watching right now. The transcript for this video will be added shortly.
Don’t forget to follow us @INN_Resource for real-time news updates!
Securities Disclosure: I, Charlotte McLeod, hold no direct investment interest in any company mentioned in this article.
Editorial Disclosure: The Investing News Network does not guarantee the accuracy or thoroughness of the information reported in the interviews it conducts. The opinions expressed in these interviews do not reflect the opinions of the Investing News Network and do not constitute investment advice. All readers are encouraged to perform their own due diligence.