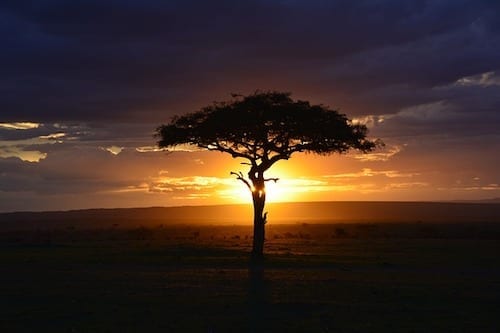 Despite staying quiet on the news front in 2018, AXMIN (TSXV:AXM) had a wildly successful year with regard to its share price, which is currently up nearly 700 percent year-to-date.

In a conversation with the Investing News Network (INN), AXMIN CFO David Weill shared insight on the spike, which he says was driven by three main factors, including a royalty stream in Senegal with miner Teranga Gold (TSX:TGZ) for the Gora deposit.

“If you just look at our accounts, we’re cashflow profitable [and] accounting profitable, just on the royalty stream that we have now from Teranga on one site, which is the Gora site, and we have 17 more potential sites to be developed with Teranga,” Weill said. “The second factor is definitely the Central African Republic (CAR) geopolitical situation turning the corner.”

The company, whose Passendro gold project is located in the CAR, has faced hiccups over the last year due to a turbulent time in the the country with relation to local security issues. However, according to Weill, things have started to simmer down in the country through avenues like military reforms and support from countries like France and Russia.

As for the third factor pushing AXMIN ahead, Weill pointed to the company cleaning up its balance sheet and being in a “very strong financial situation.” This stems in part from the company’s royalty agreement with Teranga, mentioned above, which still stands to expand.

“We had numerous properties in Senegal that we basically farmed out to Teranga where we would do a joint development and, since we’re focusing really on the CAR property, we opted to go for a NSR — net smelter return royalty — so we simply take 1.5 percent off the top,” Weill said.

“The first property that came into production was the Gora deposit, which was a huge winner, but we have 17 more. We don’t know what Teranga is planning to do with the additional properties. They do look highly prospective to us, but the fundamental decision now as to exploration and then eventual production lies with Teranga,” he explained.

As mentioned, despite its major share price gain AXMIN put out minimal press releases throughout the year. In fact, the company released a statement in August explaining it was unsure of any specific reason for increased market activity.

However, at the time, AXMIN had been working to settle a drawn-out accounts payable issue with a consultant that helped secure its ownership of licenses in the CAR. Weill told INN that the statement was a standard way of informing the TSX that nothing with the dispute had been officially resolved yet, but also said he feels the growth in activity came from the market re-evaluating the CAR’s profitability.

“We were in the process of getting TSX approval for eliminating the accounts payable, which we did by issuing shares of about three times the market price, and also paying a certain amount of cash,” he said. “But that transaction was not complete, and the market had no knowledge of it. What the market was doing, in my opinion, was reassessing the prospects of the CAR as a country.”

With the CAR’s geopolitical situation now on the rise and AXMIN’s check book being a clean slate, the company has plans in 2019 to step up its online presence and further develop its assets.

“I think you’re seeing the very beginning of it in that we’re going to be highly communicative,” Weill said.