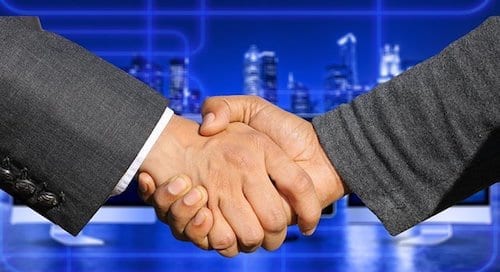 Ascot Resources (TSXV:AOT) will acquire IDM Mining (TSXV:IDM) through a definitive arrangement agreement, with the goal of creating a leading gold development and exploration company, the miners announced in a joint statement on Monday (January 7).

Under the deal, Ascot will acquire all of the issued and outstanding common shares of IDM, with each IDM shareholder being entitled to receive 0.0675 of a common share of Ascot for each share of IDM held.

“The combination of Ascot and IDM creates a very attractive opportunity in northwest British Columbia’s Golden Triangle for our shareholders and stakeholders,” said Derek White, president and CEO of Ascot.

“With this permit, we can now target this newly discovered zone of cobalt mineralization and expand our program to areas beyond the Beaver mine. A follow-up 1,500 meters diamond drilling program is planned this winter,” he added.

The merger will combine Ascot’s Premier project and IDM’s Red Mountain project to create a high-grade gold development and exploration company in the Golden Triangle, located in Northwest BC.

“At this time in the gold sector, scale is important and together with the Red Mountain project, the larger company will hopefully become a prominent gold developer in terms of both grade and tonnage,” White continued in Monday’s press release.

The deal values IDM at approximately C$0.086 per share, representing a premium of approximately 54 percent to IDM shareholders based on the trailing 20-day volume-weighted average share price of each company as of the close of trading on January 4, 2019.

Once the transaction has been completed, it is expected that IDM shareholders will hold approximately 16.7 percent of Ascot shares on an outstanding basis.

“In addition to long-term value for both shareholders of Ascot and IDM, this combination provides a critical mass and optionality for development of multiple high-grade gold deposits which will result in significant stakeholder benefits for citizens of the Nisga’a Nation, for my hometown of Stewart and for my friends in the border town of Hyder,” stated Robert McLeod, president and CEO of IDM.

The newly formed company will have a management team with combined skills in mining development, operations, finance, exploration and community relations.

Additionally, the company will hold two early Jurassic geological trends that are over 15 kilometers long and cover a total of 25,000 hectares. These trends host multiple advanced deposits with significant potential for new high-grade gold discoveries and reside only 25 kilometers apart from one another.

On December 10 of last year, IDM completed its first underground drilling program at Red Mountain. The program consisted of 40 holes over 10,000 meters, and results are expected to be released in an updated resource estimate in early 2019.

As for Ascot’s Premier mine, it has seen a total of 628,000 metres of drilling across 6,110 drill holes to date. According to the company, one in every 10 holes has hit over 1 ounce of gold per tonne.