Two reports released this week provide conflicting results on the issue, with one saying that capital costs to build mines have stabilized, and the other saying that the average cost to produce an ounce of gold has risen nearly 12 percent this year. 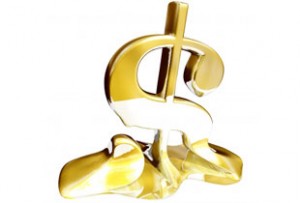 One of the most significant factors impinging on the profitability of gold producers currently is rising cash costs. That, combined with a diminishing gold price, has squeezed the profit margins of major companies and led to huge writedowns by such industry stalwarts as Barrick Gold (NYSE:ABX,TSX:ABX), Newmont (NYSE:NEM) and Newcrest (ASX:NCM,TSX:NM).

As to whether the cost picture is improving or worsening, the results are mixed.

The Financial Post reported on Tuesday a report by RBC Capital Markets, that said “capital costs to build mines appear to have stabilized across the industry in 2013 after rising 60% from 2009 to 2012.”

The report’s authors say they expect costs to fall 5 to 10 percent in 2014 due to higher productivity and lower activity levels. All-in costs could fall by around $150 an ounce to an estimated $917/oz due to cost-cutting measures and the start-ups of lower-cost mines, notes the Post.

“It could be a good time to build projects, as was the case in 2008-2009; however, based on the current cost structure and gold price it is challenging to find gold projects with potential to generate robust [returns],” the newspaper quotes from the RBC report. It said a gold price of at least $1,400 an ounce will be needed to generate “robust returns” for gold companies, but that 80 percent could generate positive free cash flow next year at $1,300 gold.

However another report by Citigroup (NYSE:C), also released this week, said that at a gold price of $1,320 per ounce, up to 98 percent of gold companies would be cash-flow negative. What’s more, said the report quoted in The Motley Fool, while the gold price has fallen around 20 percent between June 2012 and June 2013, the average cost per ounce of gold produced has risen 11.8 percent from $675 to $754/oz.

Citigroup actually found that most companies studied in the report saw their costs increase significantly more than 11.8 percent. It cited costs for Goldcorp, (NYSE:GG,TSX:G) the number one gold company by market value, rocketed by 80 percent, and for Yamana Gold (NYSE:AUY,TSX:YRI), they doubled. All-in costs (including capital expenditures) at Randgold (LSE:RRS), normally an efficient gold miner, rose by 60 percent, said Motley Fool.

One of the few bright spots in the Citigroup report was Barrick Gold — forced earlier this year to take a $5.5 billion writedown at its troubled Pascua Lama project in South America. Citigroup indicated that Barrick, pressured by shareholders to cut costs and arrest a dramatically falling share price, has taken the strategy to heart, having reduced costs by 10 percent this year through June.

Publication of both reports came as intermediate gold producer New Gold (TSX:NGD,NYSE:NGD) said on Tuesday that it achieved its lowest quarterly costs of gold production in the company’s history.

New Gold, which operates mines in Canada, the US, Mexico, Chile and Australia, said its total cash costs in the third quarter were $280 per ounce, compared to $443 per ounce in the year-ago quarter. All-in costs were $779 per ounce.

While it’s encouraging to see intermediate and major gold miners reducing costs in an environment of falling or static gold prices, Mineweb’s Lawrence Williams is not optimistic the trend will continue if prices start to rise again. Commenting on the need for gold miners to report all-in sustaining costs rather than simply cash costs per ounce, Williams concluded in August:

“Whatever occurs though on the corporate front the fallout will mean the eventual development of a much leaner and meaner gold mining sector, although this will indeed take time for the kinds of capital and operating costs controls to filter through to the bottom line. This flight from profligacy will likely continue for a few years, but these controls could well fall away again if the gold price increases significantly and real profits start to multiply. What goes around comes around.”

More information on how gold cash costs compare throughout the world can be found in an infographic by Visual Capitalist released earlier this year. Among its findings:

Securities Disclosure: I, Andrew Topf, own stock in Goldcorp.