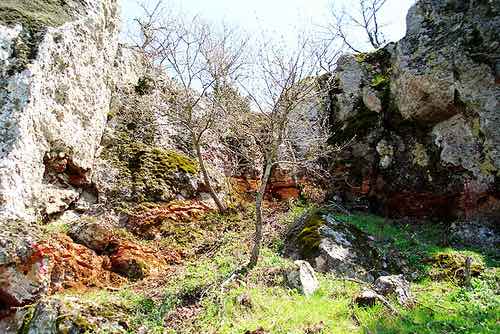 Alamos Gold has suspended work on its Kirazli project, which is nearing completion in Northwestern Turkey.

Canadian miner Alamos Gold (TSX:AGI,NYSE:AGI) reported that it has suspended all work on its Kirazli gold-silver project in Northwestern Turkey as of this week.

According to the company, the Turkish government has yet to issue it with renewed mining concessions after its previous ones expired last Sunday (October 13).

“Although the mining concessions have not been revoked and can be renewed following this expiration date, no further construction activities can be completed until the concessions have been renewed,” said the company. The reason for the delay has not been made public.

Credit Suisse mining analyst Tariq Fahad wrote in a note on Monday (October 14) that the Turkish government appears to be avoiding antagonizing opposition to the project, which has been stewing in Turkish social media and on the ground.

Up to 5,000 protesters were in the vicinity of the project area in August.

Protesters are concerned about the environmental impacts of mining in the forested region, with claims on social media that Alamos has underreported how many trees it felled to make way for the project. International media has also reported that locals fear that cyanide used in the mine could leak into the local waterways and pollute water used for drinking and irrigation.

The Kirazli project is located in the Çanakkale province, 250 kilometers southwest of Istanbul within the Ida mountains.

In reporting the suspension of work, Alamos waved away the motivation for the protests, saying, “There has been false information about the project circulated through social media.”

In response to the large protests in August, Alamos CEO John McCluskey told Reuters at the time that opposition was based on politically motivated misinformation, and that the felled forest’s rehabilitation was largely already paid for as part of the company’s permit.

Additionally, McCluskey said not only is it physically impossible for cyanide to pollute nearby important waterways due to watersheds — it would also mean the company wouldn’t be getting any gold.

The company claims to have the support of the local community, and in its release this week said that the renewal required to begin operations again would come from the same department that gave the company its operating permit in March.

The company has four operational mines in North America: two in Canada and two in Mexico, along with six development projects, three of which are in Turkey.

If Alamos is allowed to proceed, it expects to achieve initial production by late 2020 and to have a mine life of five years, with projected average annual gold production of 104,000 ounces and silver production of 617,300 ounces.

The project was acquired by Alamos along with the nearby Ağı Dağı gold-silver project for US$90 million in 2010.

Since the beginning of this week, Alamos’ share price has fallen 11 percent to C$6.61 on the Toronto Stock Exchange. In New York, the company is down by 12 percent to US$5.01.

May Daze: Money-making Mergers in the Gold Space
Gold and COVID-19: Who’s Reacting and How?
Canada’s Wage Subsidy Will Help, but COVID-19 Still Tough for Miners
5 Top Weekly TSX Stocks: Eldorado Up on Gold Production Guidance