Did you have your eyes peeled on the gold market all year? If not, we’re bringing you up to speed with the 2011 gold trends. 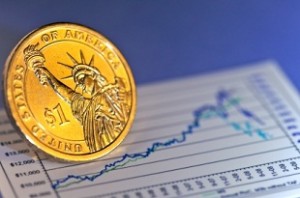 On January 3, the first day of trading, gold closed at $1,415/oz. Yesterday, New York markets closed with gold at $1,624.60. These two figures alone suggest the yellow metal is having a great year, but some investors are undoubtedly nauseous from the wild swings that gold prices have undergone over the course of 2011.

On Monday, gold was down nearly 7 percent in a week, marking its worst weekly performance since September. That is not to mention the deep correction seen after the metal hit a record high of $1,920 in September then tumbled 20 percent in a matter of days. A decline of that magnitude hadn’t been seen in over 35 years, but it was largely attributed to one of 2011′s gold trends: investors selling the supposed safe haven assets to access cash.

Speaking at this month’s Precious Metals Conference in New York, Nicholas Brooks, Head of Research and Investment Strategy at ETF Securities, said it has been shown again, as in 2008, that gold is not cash, it’s part of the risk basket. During a sell-off, he said, gold does not hold up.

Nonetheless, gold still remains the world’s preferred metal, a fact which can be confirmed through this year’s investment activity. In 2011, gold has been by far the largest ETP sector in the world, with a holding of $122bn in assets by the end of Q3.

There appeared to be a trend whereby economic data drove regional surges of investments in ETPs. According to a quarterly ETF Securities report, the largest inflow in 16 months of $5.6 billion was seen in July, 70 percent of which went into products listed in the US, which experienced a historic downgrade of its AAA credit rating by S&P the following month.

Then in August and September concerns were intensifying over economic woes in Italy and Spain. During this time, European investors poured $1.8 billion into ETPs.

Europeans also made headlines when in the Q3, they purchased 118.1 tons of gold bars and coins. This appetite was notable because it surpassed that of India and China, where access to equities is more limited and people tend to invest more heavily in physical assets. Still, the World Gold Council reported that virtually all markets saw double digit demand growth for these physical products in Q3.

In 2011, China has proven to be a significant presence in the gold market. By the end of Q3, ETF Securities says the nation accounted for 20 percent of global demand. The increased apptite for the metal included the investment, manufacturing, and jewelry sectors.

Central banks also showed a penchant for the yellow metal. By the end of Q3, the World Gold Council estimated these financial institutions had acquired about 350 tons from the supply chain, with emerging nations playing a significant role in those purchases.

When gold prices fell earlier this year and the markets started questioning the fate of the metal, Brooks said central banks went in buying. He added that such purchases could perhaps reach 450 tons by the end of the year.

Gold mining stocks are widely considered undervalued. This year saw the continuation of a trend in which gold prices rose faster than miners average costs, allowing companies to accumulate large hoardes of cash while their share prices remained low.

One of the criticisms of gold mining companies has been that they are tight fisted with their earnings. But very notable among the 2011 gold trends was miners positive response displayed by a willingness to implement and boost dividends. Newmont Mining (NYSE:NEM) even made the historic move of linking dividends to the gold price and then adding an additional feature that allows for higher payouts above $1,500/oz.

This year’s volatility has not shaken the glimmer out of the gold market, though it has proven educational for many investors.

Brooks said the single most frequent question that he is asked is whether gold is in a bubble. He concluded that it may be possible but noted that bubbles have stages and 2011 is not the latter stage.