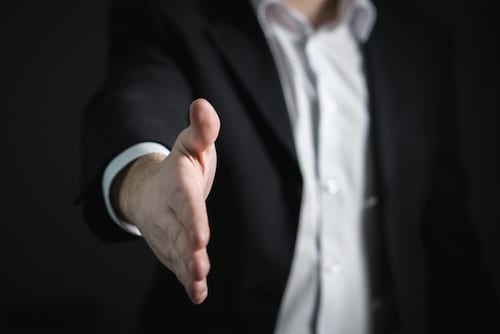 Company partnerships in mining are common, but how can they be maximized? Experts explain how to set them up and carry them through.

A common occurrence in any investing space, especially within the resource sector, is partnerships among various companies. Whether in the form of joint ventures, offtake agreements or mergers and acquisitions, they are more often than not mutually beneficial opportunities.

A major perk of these partnerships is that they can exist between companies from any level or tier of the mining space; it’s not uncommon for juniors and majors to work together. This presents opportunities for companies looking to get a helping hand on an asset, or those hoping to expand their commodity repertoire by nabbing a stake in someone else’s project.

Whether the company’s goal is to grow their stance on the playing field or to get some extra funding for their passion project, partnerships can go a long way. Read ahead to find out what companies look for in a potential collaborator and how they ensure they get the best bang for their buck.

While junior companies in the space won’t typically have the capital to build mega mines, opportunity can still strike if they know where to look and play their cards right. A prime example lies in Luminex Resources (TSXV:LR,OTC Pink:LUMIF), a Canadian exploration company with a handful of assets in Ecuador.

According to Scott Hicks, Luminex’s vice president of corporate development and communications, Ecuador’s concession system was almost entirely closed from 2008 to 2016. However, a window of opportunity eventually appeared, and Luminex wasted no time diving right in.

“When (the concession system) opened up in 2016, we bid on a bunch of properties throughout the country. So, our predecessor company had a large database (with) all the most prospective areas in the country. That’s really what led us to all the areas we staked, and we ended up being the second-largest landholder in Ecuador after that auction,” he told the Investing News Network (INN).

With a freshly acquired 135,000 hectares of concessions throughout Ecuador, it wasn’t long before other companies took notice and wanted a slice.

“What we really saw was all the base metal guys, the large cap, showing interest, and this is a continuation of the systems you see in Peru and along the Andes there … when the companies wanted to come in, a lot of prospective land had been taken up by people like ourselves,” Hicks said.

“Obviously, that type of land package is too much to fund from a small-cap company. So that’s really why we were open to joint ventures, and also it’s a fairly safe way for majors to come into the country, spend some exploration dollars but not take the risk of spending too much capital upfront. It’s a bit of a balance.”

If a company finds themselves with a valuable asset under their belt, they may get collaboration offers from a handful of others in the space. While components like a company’s balance sheet and market cap are important in terms of funding, there are other important factors that should be weighed before signing any agreements.

In the case of Luminex, Hicks explained that the company had a long-standing relationship with First Quantum that made coming together on Cascas a simpler transaction. He noted that Luminex was comfortable with First Quantum’s exploration and management teams, and in particular the company’s clear-cut focus as to what they were targeting.

Furthering his point was Chris Jacobs, vice president of Micon International, who stressed the importance of having a diverse, qualified management team when looking to advance a project.

“That management team needs to evolve with the project. And, sometimes they get that right and they stay ahead of the game and they bring the right people in in time. Other times you see the existing team with the best will in the world, they try and take it forward but they get out of the depth and … the team is not well equipped to take the project through development or into production. They need to make sure that their management team is equipped to drive the project.”

Partnerships in mining: Standing your ground

Alongside the element of partnership is the presence of mergers and acquisitions in the space. Like a real life game of Monopoly, these can be beneficial if companies are looking to expand their position within a certain commodity or if they are a prospect generator.

However, in some cases, companies have to consider the weight of their prized asset(s) against the offer being extended to them. While it can be tempting to cash out on a project when companies with fat market caps come to the door, it’s important to take a step back and look at the big picture.

A prime example happened earlier this year when it was announced that Sandfire Resources (ASX:SFR) had made a takeover bid for MOD Resources (ASX:MOD,LSE:MOD).

To paint a picture of their financials, Sandfire’s AU$960.5 million market cap casts a stark shadow over MOD’s status at AU$124.7 million (which, at the time of the offer, were AU$1.19 billion and AU$50.93 million, respectively). However, despite being a slight David and Goliath scenario, MOD publicly glazed over the AU$113 million offer by saying the proposal undervalued its assets.

The project at the center of this situation was MOD’s coveted T3 copper asset in Botswana. A feasibility study released in March — after Sandfire’s initial offer — indicated an ore reserve of 34.4 million tonnes of copper at T3, along with 14.6 million ounces of silver. Life of mine revenue also came in at a boggling US$2.3 billion.

A few months later, Sandfire came back and took another run at sealing the deal with MOD, but this time succeeded. In June, the two companies kissed and made up over a binding scheme implementation deed (and an improved AU$167 million offer), with MOD singing a much different tune.

“We see this partnership as providing the opportunity to maximize value from T3, which can be funded from Sandfire’s balance sheet and cash flows,” MOD Managing Director Julian Hanna said in an official statement.

Much like ending up with a wonderful significant other, companies have to know the worth of their asset and keep their patience in check to avoid settling for less than they deserve.

Adding to the sentiment of patience was Jeff Plate, vice president of marketing & business development at Watts, Griffis and McOuat (WGM), who said one of the most common mistakes he sees in companies trying to achieve growth is getting out too fast.

“When you’re a junior or even a lower-tier producer, if you’ve got one particular producing asset (it’s) your natural target to be gobbled up by the majors or to be merged or taken over by somebody else,” Plate told INN.

“You may have a situation where you’ve gone through the development cycle, you’re finally into the phase where you’re producing, you’re doing all the right things, things are looking good. And basically, you get gobbled up and sold off before you have a chance to spread your wings and fly. Giving up control early with a particular project would be one (thing that) I would point to.”

As such, the general consensus came down to two primary factors: trust, and — you guessed it — patience. If companies are looking to collaborate with someone else, whether it be on their asset or other company’s assets, they need to have faith in the team running the show.

Lastly, companies have to be patient in terms of seeing projects through, as well as finding the right team to work on it with. They just have to take it slow, weigh their options and remember: good things come to those who wait.