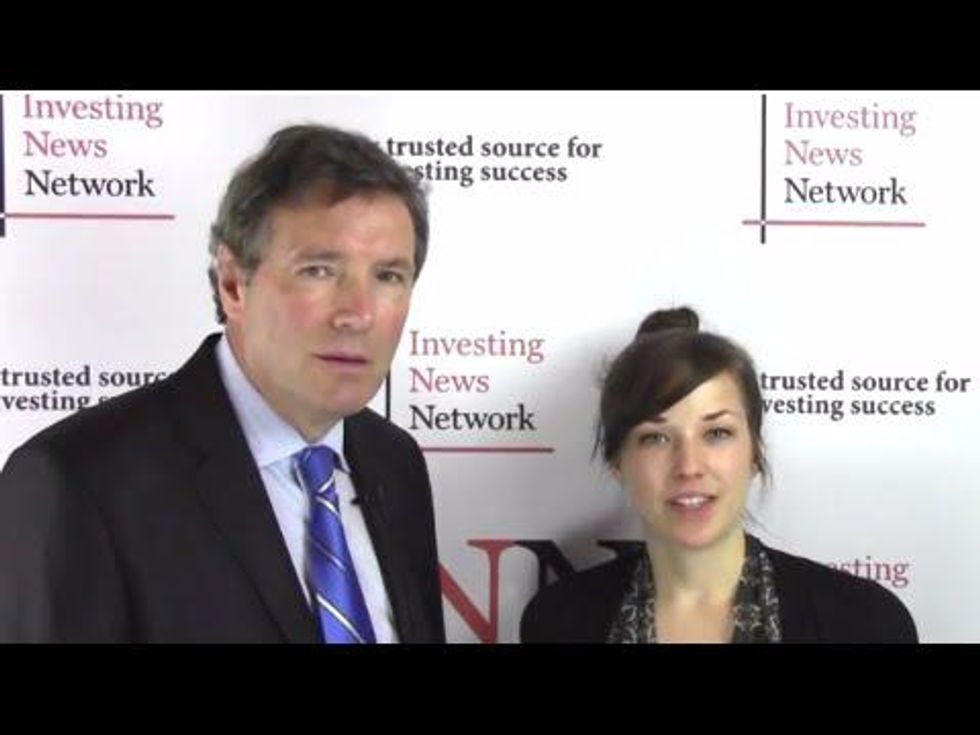 At Canvest, John McCoach, president of the TSX Venture Exchange, spoke with the Investing News Network about a variety of topics. In particular, he discussed recent criticism of the TSXV, concerns about algorithmic trading and the possibilities presented by crowdfunding.

During their half-hour time slot, they discussed investing in the private and public markets, sharing their thoughts on the pros and cons of both.

After the talk, the Investing News Network had the chance to hear more from McCoach about the TSXV. He started by touching on the exchange’s performance so far in 2015, commenting, “the market’s pretty much been flat for the five months so far this year, but it’s not so much a surprise.” He noted that in particular “the resource companies, particularly early stage mineral exploration companies, and more recently oil and gas exploration companies, have definitely been having their challenges.”

McCoach also took the time to address a criticism of the TSXV that’s been coming to the fore more and more often of late — namely that it’s too easy for companies to retain their listings, with the result being that the exchange includes companies that are not worth investors’ time.

Continuing, McCoach emphasized that while the TSXV’s “initial listing standards are quite low,” it differs from most other exchanges in the world for early stage companies in that its “governance standards, [its] disclosure standards and [its] standards about who participates in the market are very high.” In fact, in many cases they are “higher than more senior markets.”

All in all, he believes the TSXV has struck a balance between giving early stage companies a venue through which to access capital “while maintaining investor confidence.” He added, “that’s really what an exchange is all about. I mean, exchanges were created to help investors or savers invest in companies and company stocks as capital. And that’s a really important role in society.”

In terms of the former, he commented that it’s actually becoming less of a concern. “Algorithmic trading, or high-frequency trading, has actually been stable or declining. And in Canada … it’s only about 15 percent of the market share. It’s much higher in other marketplaces. And on the Venture Exchange it’s between 1 and 2 percent.” That said, he emphasized that he “[doesn’t] want to suggest that it’s not a factor at all,” and noted that the TSXV is “very focused on making sure that natural orders and retail investors have fair access to the market.”

Looking at the latter, he described crowdfunding as “inevitable,” stating, “in Canada and the United States, equity crowdfunding will be new when it’s introduced. It hasn’t yet been introduced, but some provinces just recently announced a proposal that we expect will be coming in soon.” He added, “if there’s a role for us to play and we can help companies access capital as a crowdfunding platform, we’re definitely going to consider that seriously.”

Watch the video below for more of McCoach’s thoughts. We apologize for the variable sound quality.